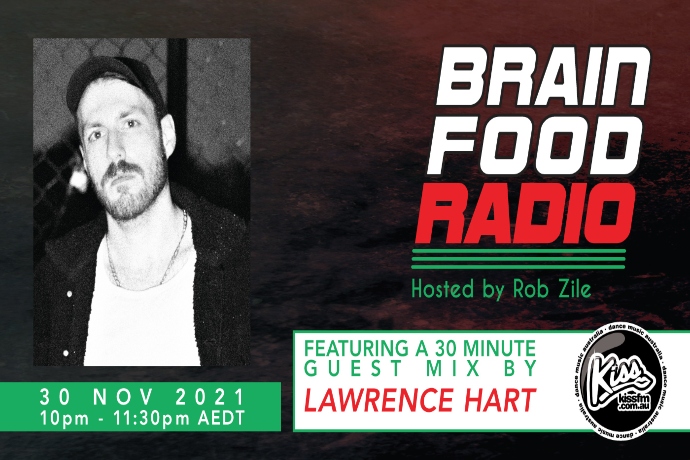 As a child, Lawrence was gifted a trumpet by his Grandfather – a man who was involved in the building of the world’s first ever computer.
Lawrence’s symbiosis with organic instrumentation and electronic pulses is encapsulated in his debut EP.

A classically-trained, multi-instrumentalist with a broad spectrum of influences, Lawrence Hart has worked with some of the most exciting names in electronic music.

Having released a collaboration with Alan Fitzpatrick just as clubs are set to return, and with a second EP on the horizon, the second half of 2021 will be seeing a lot more of Lawrence Hart.

Check out Lawrence Hart’s music below then listen to Brain Food Radio TONIGHT for his EXCLUSIVE guest mix!