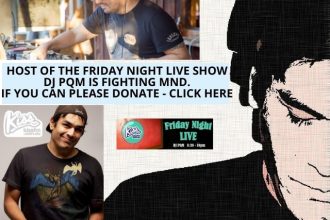 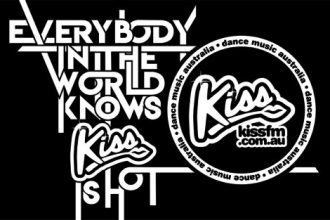 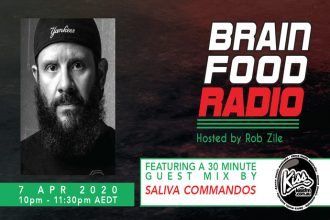 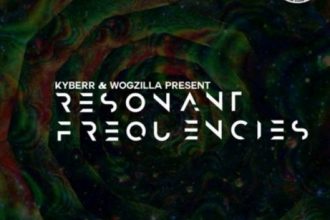 KyberR & Wogzilla
For our sixty-fourth broadcast on Kiss FM Australia, we stick purely to tunes! This particular broadcast was meant to have a recorded interview between the head of Iono Music, Matthias Sperlich, Aussie rep for Iono ...
39
0
Read more
Guest Mix 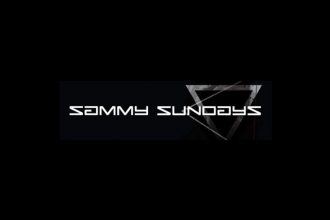 Kiss HQ
Melbourne based, Sam is a DJ/producer with a deep passion for techno. Although starting of his journey playing heavier driving techno, he now finds himself in the world of Melodic House & Techno. A genre ...
139
0
Read more
Guest Mix 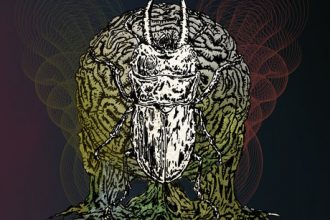 Kiss HQ
Ahead of the release of their third album on Friday 3rd April LEKTRK give us a taste of the double album SATORI with a mix of a selection of tech house tracks from the album. ...
84
0
Read more
Load more
Kiss FM Chart 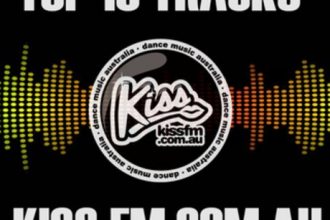 Kiss HQ
Melbourne based, Sam is a DJ/producer with a deep passion for techno. Although starting of his journey playing heavier driving techno, he now finds himself in the world of Melodic House & Techno. A genre ...
139
0
Read more
Guest Mix

Kiss HQ
Ahead of the release of their third album on Friday 3rd April LEKTRK give us a taste of the double album SATORI with a mix of a selection of tech house tracks from the album. ...
84
0
Read more
Guest Mix 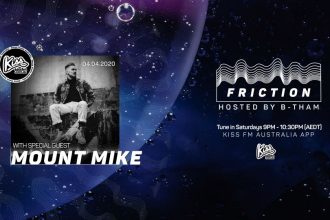 B-tham
FRICTION welcomes one from the family!! With MOUNT MIKE from SUCK MUSIC +  Kiss FM’s Premium Tuna providing a stellar guest mix for you all. Mike recently moved to Canada and has been focusing heavily on productions ...
101
0
Read more
Load more
Kiss FM News 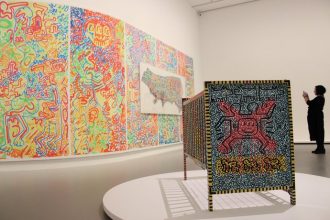 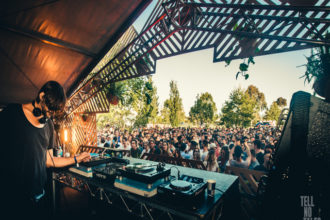 Kiss HQ
So, what’s with all the flies Melbourne?  I went to Tell no Tales on Saturday and it was amazing but those flies… I couldn’t believe how many. They didn’t stop any one from enjoying the ...
267
0
Read more
Load more

Support the business’ that support kiss

We are thankful to all our business members who help keep real Dance Music on the air.

Please also show them your support.

Kiss is Independent. Broadcasting on FM in Melbourne, live streaming to Australia & the World. Kiss serves the Dance Music Community.

We rely on the support of our listeners to survive. Please become a Member. Hit the Membership Page now for more info.

In these CVD-19 times if you’re a small business in need of promotion we have extremely affordable ad packages. We can also help promote via way of  incentives or product campaign – contact us here.

In these LOCKED DOWN times many members of the dance music community are holding Live Stream Events. And although we wish they would come and do them at KISS [we have the camera’s, the studio, the very established audience, and the cross pollination of FM broadcast too – contact us HERE] we are happy to promote them so please feel free to list your Online Events HERE

Other ‘Events’ we are happy to support are: Charity/Not For Profit Fundraisers, Arts & Artist based online exhibitions and things, Small Business Sales & Discount Offers, Small Business that are allowed to open or trade info etc – so think outside of the square and take up our offer to connect with this wonderful and highly engaged community with our FREE event listing HERE

The National Gallery of Victoria is delighted to launch a new four-part virtual series of its popular Drop-by Drawing program. This virtual iteration of the program invites audiences to watch a

The National Gallery of Victoria is delighted to launch a new four-part virtual series of its popular Drop-by Drawing program.

This virtual iteration of the program invites audiences to watch a video tutorial of a Drop-by Drawing class, which features tips and tricks on how to draw from some of Victoria’s most engaging contemporary artists.

The series features Victorian artists Minna Gilligan, Lily Mae Martin and Kenny Pittock giving a step-by-step guide on how to draw, whilst taking inspiration from some of their favourite artworks in the NGV Collection.

Tony Ellwood AM, Director, NGV said: “Our Drop-by Drawing program is one of the NGV’s much-loved programs where our visitors can hone their drawing skills in the setting of the wonderful NGV Collection. We know drawing is a very mindful and therapeutic activity, and during this time we are delighted to be able to give audiences a chance to experience virtual Drop-by Drawing tutorials at home.”

The first virtual drawing class hosted by Lily Mae Martin, takes viewers into the NGV’s 19th Century European Paintings Gallery where she takes inspiration from the life-size marble sculpture Musidora, 1878 by Marshall Wood. Musidora was a mythological ancient Greek goddess, who inspired all forms of literature and the arts and is the striking centrepiece of the gallery.

Martin encourages at-home participants to focus on simple drawing exercises, including observational drawing and mark making, to begin their sketch of Musidora. These practical skills demonstrate to viewers how working on a drawing in stages builds consistency in their work.

“It is about getting comfortable with drawing and embracing the practice of mastering the technique. The key to drawing is practice! Take time to look at the object and study it. Be comfortable in your setup and your space, whether you are drawing a sculpture or the kettle in your kitchen. It’s something you can do at home with everyday objects,” she said.

In the second instalment of the series, Minna Gilligan explores hero works in NGV’s 20th century galleries, including Andy Warhol’s Self-portrait no. 9 (c.1986) and David Hockney’s The second marriage (1963).

“My idea for my drawing workshop was to introduce the idea of ‘mash ups’ – that is, referencing two works in the NGV collection in order to make a single drawing. I wanted the new work to be a personal translation inspired by these two works, by choosing elements of each that appealed to me,” Gilligan said.

“Hockney’s brushwork is largely loose and Warhol’s screen print on the other hand is slick, flat and tight. Using coloured pencils, I made my own artwork combining elements of the two – Warhol’s fluorescent colour palette with Hockney’s muted tones,” she said.

In this series viewers will gain more insight into the American Pop Art movement through an exploration of Warhol’s iconic work, and also the British pop art movement through Hockney’s complex work which explores both emotional and physical interiors.

On Sunday 19 April, viewers can join artist Kenny Pittock in his explorations of the NGV’s 19th Century impressionist Gallery, where he focuses on Édouard Manet’s The melon (c. 1880) and August Friedrich Albrecht Schenck’s Anguish (Angoisse) (c. 1878).

“My workshop is intended to provide some fun and accessible drawing suggestions for people of all ages and skill levels, encouraging the viewer to playfully respond to both the NGV Collection as well as their own surroundings at home,” Pittock said.

“I chose the Manet painting The melon because it is the ultimate celebration of the mundane. I find a lot of humour in the sincerity of still life paintings from this time and enjoy creating playful responses to the mundane in my own practice. Schenck’s painting Anguish is full of drama and tells a rich visual story. Like every good story, this painting has a central conflict.” he said.

BACKGROUND ON THE PRESENTING ARTISTS

ABOUT LILY MAE MARTIN
Lily Mae Martin graduated from VCA in 2008 with a Bachelor of Fine Arts (Drawing). She was awarded the Lionel Gell travelling scholarship and went to Berlin, where she spent several years refining her technical practice. She was a finalist for the 2016 Rick Amor Drawing Prize, Art Gallery of Ballarat; winner of the 2016 Ursula Hoff Institute Emerging Artist Acquisitive Art Award in the National Works on Paper exhibition, Mornington Peninsula Regional Gallery; and shortlisted for the 2016 Paul Guest Drawing Prize, Bendigo Art Gallery and Adelaide Perry drawing prize 2017. In 2019 she was a finalist for the Dobell Drawing Prize.

ABOUT KENNY PITTOCK
Kenny Pittock is a Melbourne based artist who uses humour and sentimentality to playfully respond to contemporary Australian culture, having fun with the overlaps and boundaries between the public and the personal. Kenny received an Honours Fine Arts Degree in painting from the Victorian College of the Arts in 2013, since then he has had solo exhibitions in Italy and Singapore, as well as consistently exhibited his work all over Australia with galleries including ACCA in Melbourne, PICA in Perth, Artspace in Sydney and MONA in Tasmania. In 2017 Pittock was the recipient of Redlands Emerging Artist Award. Pittock’s work is represented in many collections including the City of Melbourne Town Hall Collection, the University of Queensland Gallery Collection, the Deakin University Collection and the Monash University Museum Of Art Collection.