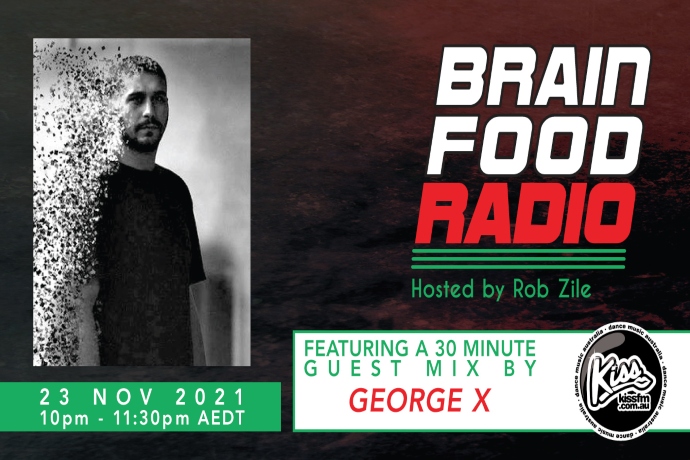 George was born in the city of Xanthi, Greece but currently lives in Athens.

From his early years he showed interest in music, which came natural considering the cultural growth and love of the arts that surrounds his birthplace.

He draws inspiration by everyday scenes and his tracks reveal a man with an artistic ear and view of life. He started as a DJ from the early age 14 and became quite successful, starting from Xanthi and moving downwards the country.

He has worked with some well-known producers-DJ’s such as: Behrouz, Sabb and more.

His producing career began 6 (six) years ago with the EP “In my dream” on Lee Burridge’s label “Get Weird” that became a hit and soon enough had his own vinyl record. There were more from that came from, as it tends to happen with creative minds. Some of his hit releases come from known labels such as Do Not Sit/Tale & Tone/ Souksonic/The Soundgarden/Get Weird and more.

George X’s new EP ‘Slice of Life’ has just been released on Do Not Sit on the Furniture. 3 original tracks and a remix by Berlin’s Powel.

Check out George X’s music below then listen to Brain Food Radio on Tuesday night for his EXCLUSIVE guest mix!