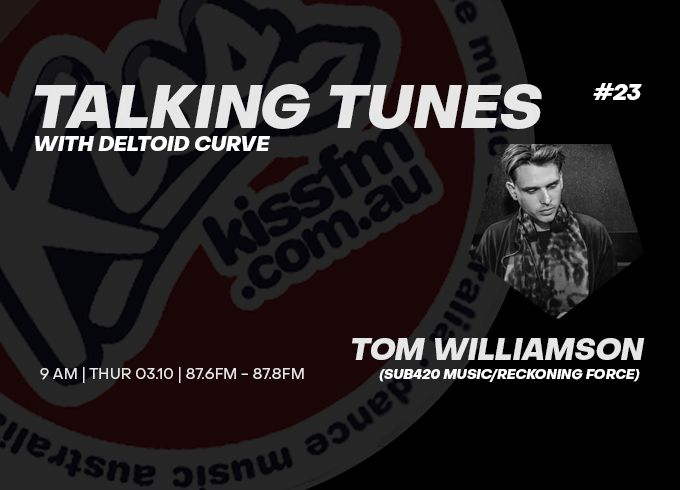 In this weeks episode of Talking Tunes, we have very special guest TOM WILLIAMSON joining us in the studio… He’s a vivacious reckoning force who effortlessly blends deep minimal techno, gritty electronic and accents of hip-hop throughout to culminate a sound that has gained enormous momentum within the local Melbourne club scene. Relocating to nurture his passion, Tom was quick to pursue different avenues to continue to mature and refine his skills as a DJ.

Tom began mentorship by underground cult hero Syme Tollens. During this time Tom emerged on the scene at Circus and landed his first Friday night residency with The OtherSide. Regularly making a guest appearance alongside his mentor Syme Tollens, Tom carved his way into the local underground scene and utilised this as a means to gain guidance from some of the most established artists within the scene. Playing venues such as; 161 (Disco Volante), orchestrating parties with InDeep Entertainment, at both Venudo and New Guernica, the young DJ was unrelenting in his conquest of furthering his understanding and impact within the underground scene.