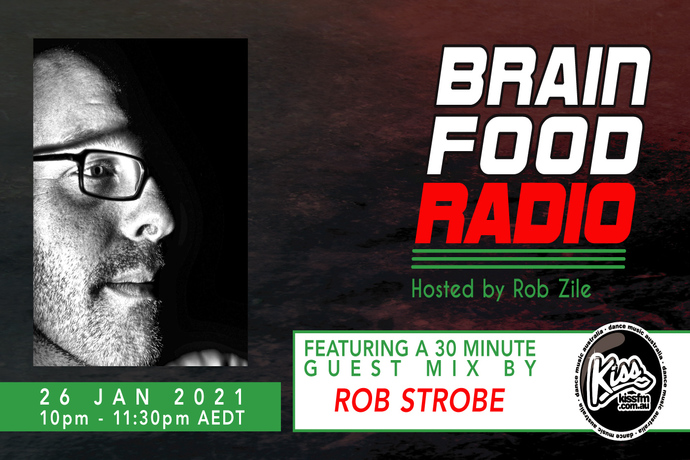 Born 1978 in Germany, Rob StrobE grew up being influenced by classical music, swing  and jazz, and during his childhood he discovered the likes of Depeche Mode, Michael Jackson, KraJwerk and more early electronic music approaches. In his late youth and early adult life he frequently travelled to Frankfurt attending nights at Omen. Those nights and weekends were filled with DJs like Sven Väth, DJ Rush, Chris Liebing,
G-Man (aka Gez Varley), Hardfloor and so many more, celebrating and transporting the spirit of those days!

After the closing of Omen in late 1998 he went on to clubs like u60311, Tanzhaus  West, MTW and others, while startng his career as a professional sound and light technician. Around 2002 he began music production – mostly for personal fun and recreation – but some records and remixes were released, and some of this older work can still be found on his SoundCloud.

Since that time he has developed his own company specialized in music studio technology, room acoustics, signal flow schemes and studio furniture. Meanwhile his own studio transformed from a small home studio into a “room-in-room” environment in the Logic Haus – the former home of Harthouse, Eye-Q and Snap.

If he had to describe his musical style, it would be “Dub-House-Techno” with a pinch of Detroit. His influences are a mixture of Gez Varley (G-Man), Vainqueur, Maurizio, Plastikman, Robert Hood, Joey Beltram, The Advent, Sven Väth, Laurent Garnier, the Swedish posse like Adam and Cari, DJ Sneak, DJ Pierre, Marshall Jefferson, and some more guys whose music is appreciated and loved for their approach to minimalist chord-based techno.
Fast forward to 2021 and after a 7 year break from releasing music, Rob StrobE is back with releases on imprints like Lucidflow, ASrecords, Tantara, Motech and more.

Check out Rob StrobE’s music below then listen to Brain Food Radio on Tuesday night for his EXCLUSIVE guest mix!