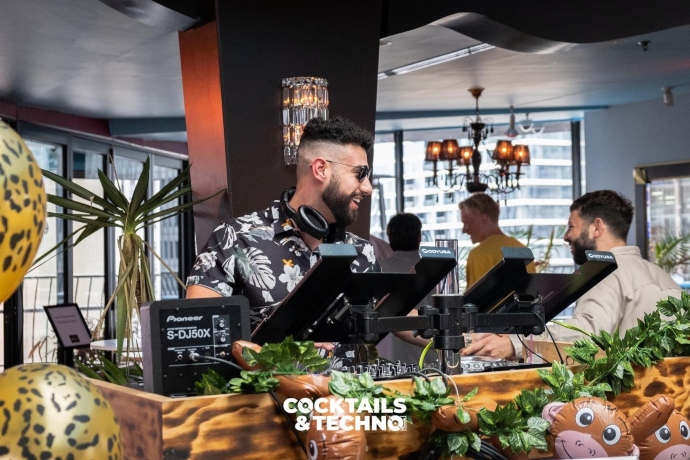 Tune in for the up and comer Stefan Mittiga for his Debut on KISS FM with VEEZEE this Thurs 9:00PM

Stefan Mittiga, is 25 years old, and living in South East Melbourne. He grew up in Adelaide, South Australia, and moved to Melbourne in 2019 for a more exciting and fulfilling life.

Music has been a huge passion of his ever since a young age, listening to Hip Hop, House, Techno and absolutely everything in between. Last year in the peak of one of our many lockdowns, he came home to his Kiwi housemate mixing on a DDJ-400 controller. As soon as he had a crack of mixing 2 songs together, he was completely hooked. Finally, his passion for music was put too good use. It slowly became an addiction, practicing day in/day out, teaching himself how to perfect every sound that came out of that speaker.

He was entered into a DJ competition by an up and coming event planning company called Dangerous Goods. Although not winning the competition, Mitch reached out to him and said he absolutely loved his sound and the mix he produced and would love to have him on as a part of the Dangerous Goods team. Ever since his first set at Cocktails and Techno in December last year, he’s been grinding to get my foot in the door of the scene and practicing different types of genres, and doesn’t plan on stopping anytime soon.

He managed to get a residency at Empire Nightclub, and hopefully many more to follow soon. For him its only about making people dance and have a good time. First starting with Tech House, then moving too Minimal, and now mixing Techno, He’s all about a clean, satisfying, but heavy mix. The smoother, the better. Now after covering all his favorite genres, He’s addicted to making two songs sound like they were made to be mixed together.

This is only at the very start of his career, but he plan’s on making waves through mixes, sets, and one day producing. This is only the beginning.

Tune in for the up and comer Stefan Mittiga for his Debut on KISS FM with VEEZEE this Thurs 9:00PM