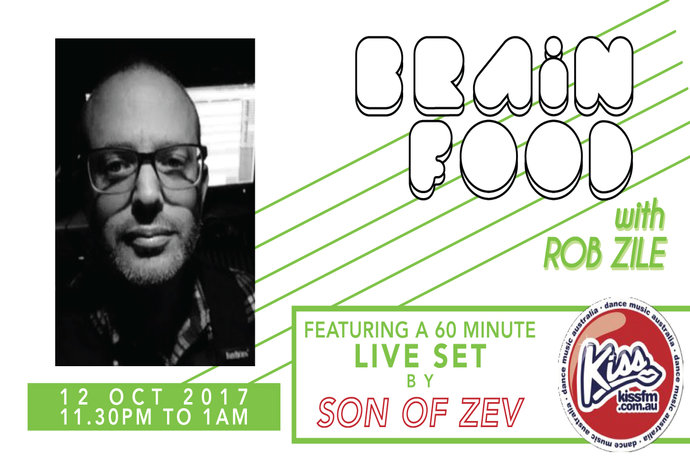 In 1993 while hitch-hiking through the Negev desert at 100 miles an hour, Allan heard Techno properly for the first time. A seed popped in his head and something started growing in this aspiring Jazz pianist. Seeing Jammin Unit at Club Filter circa 1994 added water to that seed.
It wasn’t until 1997 till that seed turned into the first demo of Son of Zev. Within months Son of Zev appeared at his first If? Records Zoetrope gig at the legendary Punters Club.
He never missed another Zoetrope session until the last one took place in 2001.
From the late 90’s through till the late naughties Son of Zev played in every kind of venue and gig, from free outdoor parties, benefits in little warehouses, clubs and big warehouse raves and festivals. From the funky More Bass to the Acid driven 909, from Every Picture Tells a Story to Offshore (as part of the L.N.E.E project).  In that time Allan had releases and remixes on IF? Records, Elektrax Music and individual releases.
In around 2010 Allan took a hiatus from the Son of Zev project, and spent some time travelling exploring the world and life in general.  On return to the studio Allan suffered from a mild case of G.A.S (gear acquisition syndrome), then started to experiment and learn some new approaches and techniques.
With a refreshed studio and a refined approach in 2017 Son of Zev is back.

Check out Son of Zev’s music below then listen to Brain Food this Thursday night for his guest LIVE SET!