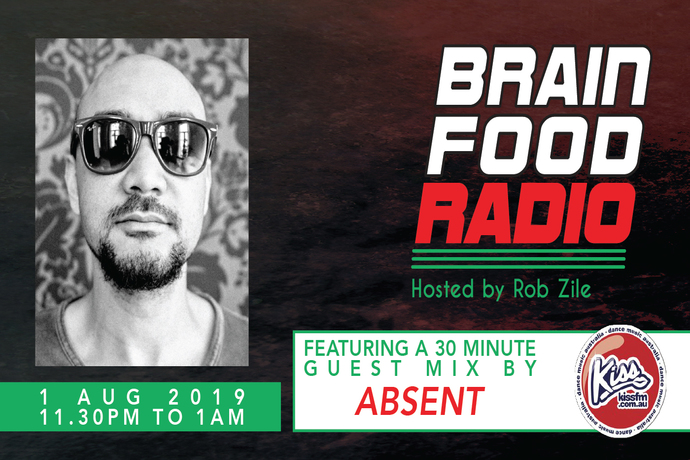 With African blood running through his veins, Absent already had an early passion for rhythm and melody.  His real musical journey started when his dad introduced him to vinyl, having an extensive record collection ranging the spectrum of different music styles.  At the age of 15 he attended his first Techno event and from there on he developed a deeper taste for the genre while he was digging in the crates.  It became a true passion as he began to discover and understand Electronic music.

As a producer, Absent soon learned the tricks of the trade buying some gear and messing around with it.  The underground club sound was where he found a symbol of freedom.  After that he got in touch with Diego Hostettler (former Kanzleramt artist) who took his production to a new level.  It captured DJs and the public alike and resulted in a few collaborations and the playfully titled ‘She’s Not Worth It EP’, released on Alexander Kowalski’s Damage Music Berlin label.  As a solo artist Absent has also recorded on the likes of Gem, Modular Expansion, Stahlplatten, Belief System, and in 2019 was invited by Mark Broom to release an EP on his Beard Man label; Absent’s ‘Animate EP’ is released on 19 July.

Not following trends, Absent’s sound runs the gamut from exuberantly bright to emotionally deep and dark intense rhythmic Techno, with that little extra edge that he feels is sometimes missing in modern day Technoland.

Check out Absent’s music below then listen to Brain Food Radio this Thursday night for his EXCLUSIVE guest mix!