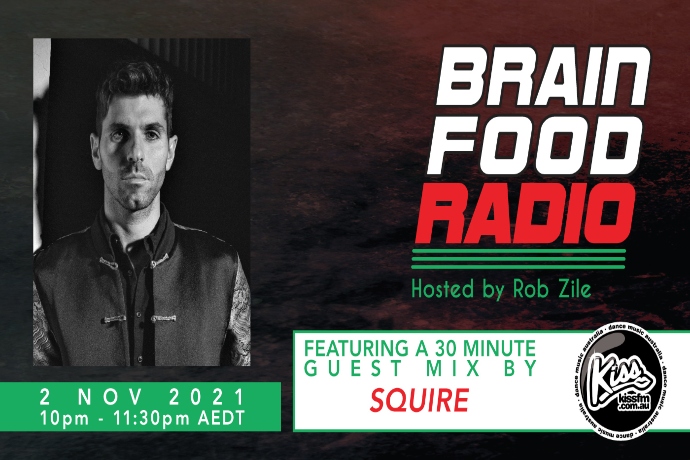 Releasing on notable imprints like Mobilee, Einmusika, Get Physical, All Day I Dream… each track brims with originality, yet with a sound that is quintessentially Squire. His remix of Rodriguez Jr. ‘Haussmann’ established him further as a versatile multitalented artist. He approaches music with a full heart and intent focus, whether DJ sets, or the inspiring live streams he has been delivering through lockdown, while time in his studio has resulted in a new Mobilee EP and some brilliant new music, including a new album, being crafted for release this year. His own multi-faceted platform ‘Anims’ is due to launch in 2021; mixing technology, entrepreneurship, sports and music, there are big plans for this new venture set for the year ahead…

DJing since aged 15 in Ibiza, competing with his friends to see whose tracks got the crowd dancing the most, the charismatic artist has jazz in his soul and rhythm in his heart. After a childhood surrounded by music, family trips to the White Isle from age 13 developed his music and his record collection.

Whilst displaying consistent style and flair in both life and music, Squire’s sound has evolved, soaking up inspiration from and acknowledging diverse traditions and genres. His music spans melodic house to deep to organic, and while delivering stunning instrumentals and catchy vocal hooks, he wins the support of tastemaker DJs from Âme to Dixon.

From his previous life as the youngest Formula One racer of his time, his Bridges for Music Paris to Amsterdam bike ride, or his desert track ride through the Sahara, Squire puts his all into every one of his passions. Even in this shadowy time, he shines.

Squire, aka Jaime Alguersuari, explores new ground with vocal-strong, lyrical, synth pop infused tracks with drum and bass, techno and new-age influences. In his debut album Stop, named for when the world did, his signature vocal hooks with soulful synths emerging as melodic, deep or organic house, evolve naturally into full-on songs. The Barcelona DJ/producer has always been a pathfinder, as former youngest ever Formula One racer, and a DJ since he was 15.

Forthcoming single Salvation features Pilar Icazuriaga, her voice, reminiscent of Kim Wilde’s icy warmth but with greater depth, slowly seduces over fast, hard-hitting percussion and insistent bass. ‘The idea came in early 2019 with a single beat. I wasn’t really feeling it then but there were elements I liked, so later I wrote a few simple chords plus a fun bassline – I was listening to a lot of electro and synth pop, I wanted that 80s feel. I talked to Pilar, an amazing singer, about collaborating. I asked her for a few lines to fit the chords and bass and then she sent me a beautiful hook that I’m so much in love with!’

Driving percussion and emotionally-charged synths marry with sweet, high voices; Overdue feat. Brynja is a spellbinding combo of the Icelandic singer’s quiet joy and a lively, clapping beat with syncopated pulse. In Fall Into The Dream Feat. Rachel Bachman, a much more synthy electronic feel is cut through by Bachman’s snow-pure, almost sinister, vocals, like gothic plainsong in some pagan church. Holiday Feat. Parkes is faster, shifting gear to dark, pulsating synth chords. ‘I met Carlos at a friend’s, I literally had goosebumps when I heard him sing! I just had to record with him, and we finished Holiday together.’

Entirely produced at Squire’s home in Barcelona, Stop is released on Mobilee, a label who he’s firm favourites with and has released some of his strongest work; Label head Ralf  Kollmann encouraged him to experiment with grooves and beats. Other noteworthy labels like All Day I Dream, Selador and Einmusika have also supported Squire’s skilful, soulful sound.

Stop. You won’t want it to.

Check out Squire’s music below then listen to Brain Food Radio next Tuesday night for his EXCLUSIVE guest mix!