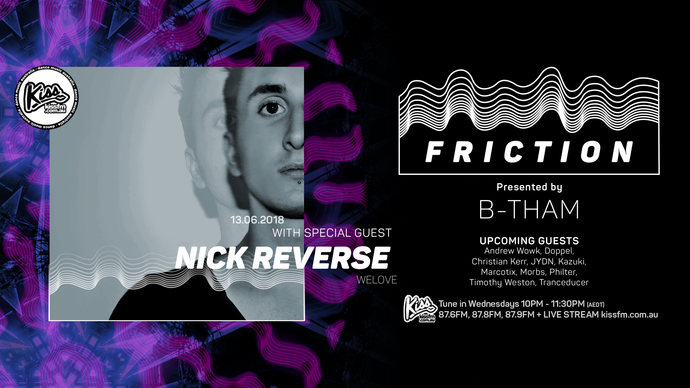 FRICTION welcomes NICK REVERSE from the Sydney crew WeLove up for a guest mix after recently supporting Carl Cox for PURE. From running events, to running record labels, this lord of the Sydney scene has his finger in nearly every pie except your Mums.

Music lover…born and bred in Salerno, south of Italy. Nick fell in love with the music from an early age, His success and passion comes from being a clubber and his love of vinyls. Nick started his career by playing private parties with friends and quickly picked up residencies at local clubs where he went from honing in on his DJ skills to taking his first steps into productions at age 21. Much passion and strong dedication led him getting booked at a number of underground parties across Europe. In 2014 he made the move to Australia and within a few months he began playing at some of Melbourne’s finest underground venues and his talent didn’t go unnoticed.

His heart then leads him to Sydney where Nick started the extremely successful and vibrant WeLove in 2015, weekly events and music label since 2017. Smashing onto the Sydney music scene Nick has quickly become one of Sydney’s best underground DJs, and even with such a busy schedule he continues to produce and play his own style of music in the best clubs and festivals all around Australia, with many appearances at Burdekin, S.A.S.H, The Breakfast Club & more, sharing the decks with such legends as Carl Cox, Laurent Garnier, Pan-Pot, Paco Osuna, Nastia, Carl Craig, Eric Morillo, Roger Sanchez, Marco Bailey, Enrico Sangiuliano, the list is endless…

Nick has been warming up for Joseph Capriati, Markantonio & Luigi Madonna, Rich Ahmed, Miguel Bastida, Pirupa, Nakadia, Darius Syrossian, Javi Bora, Rodriguez Jr and many more. Always in continuos evolution, his set are a mixture between Minimal and Tech House with tribal groove, from deep to techno with LOVE.

Creative, with a driving energy from deep inside, this is Nick Reverse.

Friction is excited to have good friend and lord of Sydney Nick Reverse on the show. Check out last weeks episode below to keep you grooving until this Wed at 10pm, and remember to keep tuning into Friction every week as we welcome the following guests up to the Friction waves, including Andrew Wowk, Doppel, Christian Kerr, JYDN, Kazuki, Marcotix, Morbs, @Philt3r, Timothy Weston, Tranceducer. 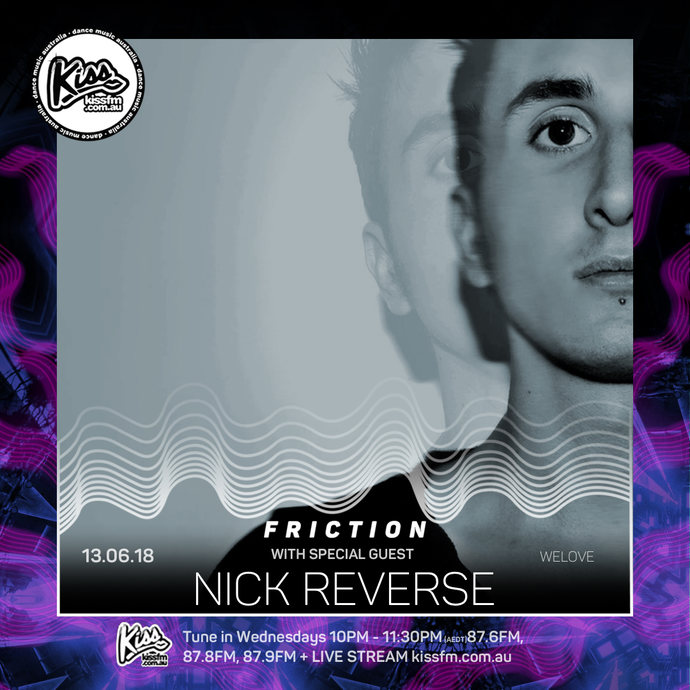