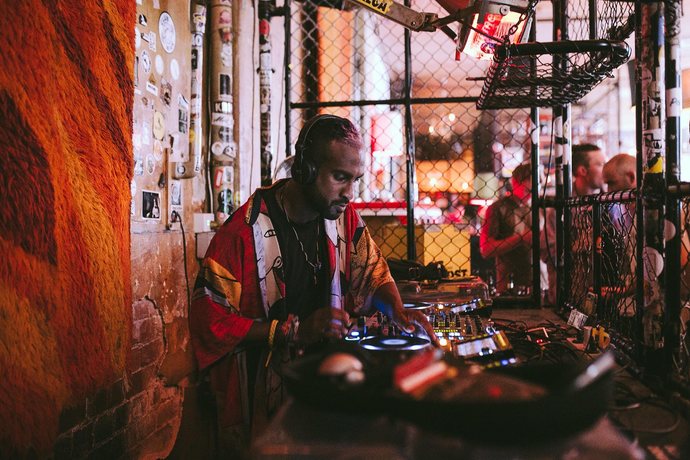 Dan Welsh
| 30 October, 2019 at 10:00
1121
Jedidiah is an exciting name in the house and techno scene, making his mark early with a number of phenomenal festival sets, and plenty more at some of Melbourne’s best clubs. Anyone that knows him knows that no doof is complete without a big hug from Jeddy, and that inviting energy transfers into his presence behind the decks.
Join Dan Welsh this Wednesday Morning as he invites Jedidiah into the Tea Room for an iced chai and a chat, as well as a thumping guest mix!
The following is a little about him, in his own words…
“There was so much dust stomping & bush-raving I could’ve done before being reeled into twisting some knobs and ripping some spin-backs about it.
My love for music spans across the genre spectrum, as being a dust guzzling doof bandit has allowed me to connect with amazing music in general.
I like playing progressive sounds within techno and house, and I like to project elements through the music that best represent who I am as a person, and where I come from.
I aim to make people dance forever…… Front left, full bunt.”
Melbourne Dance Music Academy // Temple of Boom // Red Moon // Sea No Creatures
Soundcloud : https://soundcloud.com/jed-kanga
Bookings : jedidiahkanga@gmail.com
Check out Welshy’s Morning Tea every Wednesday morning from 9am!
FacebookTweetShareLikeTotal
More Posts for Show:
Tags bush doofGuest mixguestmixinterviewkisskiss fmKISS FM AUSTRALIAkissfmmelbournemelodicmelodictechnoravetechno