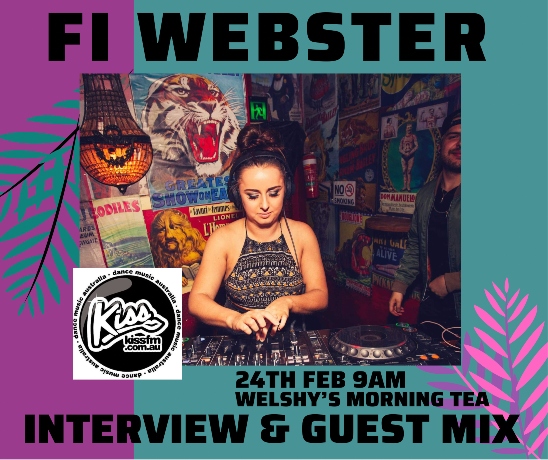 Join Dan Welsh for a cup of hot brew this Wednesday morning from 9AM for another Welshy’s Morning Tea! This week, Dan has Melbourne house & techno queen Fi Webster in for a guest mix & an interview. Fi is a formidable force on stage, and her guest mix is sure to be a groovy house masterclass!

Fi began DJing a little later in life, at the age of 22, playing her first set at the infamous Wah Wah Lounge in 2016, whilst also playing an array of clubs around Melbourne, she is seen most frequently at Tramp Bar. She’s also played at major events such as Let Go Fest, Oktoberfest St Kilda, Reinier Zonneveld, and many gigs under the well known brand of A Day Of.  Fi’s favourite style to play is funky vocal house, however she prides herself in being a diverse selector, and always playing to the assigned set time, whether it’s early deep house/disco thumping house bangers, or late night techno.

Check out Welshy’s Morning Tea every Wednesday from 9AM, or check out Fi Webster’s Soundcloud