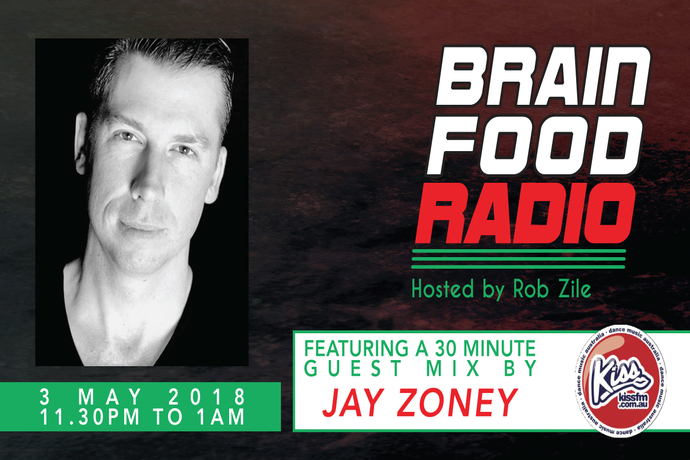 Jay Zoney has been a music fanatic all his life. His career began in 1994 as a techno DJ in the in Vancouver, Canada. He first learned his craft with two Technic 1200 turntables and a Radio Shack DJ Mixer. He has been a staple in the Vancouver techno community for well over 20 years, and has performed internationally in the cities Berlin, Detroit, New York, Los Angeles, Honolulu, and Seattle.

In 2001 Jay focused his attention on producing his own sounds. He has developed his own unique brand of slamming, atmospheric techno. He has always pushed The Message of Love, and enjoys, as much as anything, seeing a room full of different people with different backgrounds, grooving and celebrating life, together as one. His productions have seen play and support by many artists globally including Dave Clarke, Sam Paganini, Ben Sims, David Meiser, Dandi & Ugo, L.A.W. and many more.

Jay is the Founder and Label Boss at Eternal Drive Recordings. EDR is his medium to bring like-minded artists together to produce top level techno music. EDR has received play and support from countless artists, from the top tier professional, to the aspiring, young DJ.

Jay shows no signs of slowing down, and continues to push the boundaries and evolve as both a producer and DJ. His sets are always a deep journey to the core of his soul, and his passion for peace, love and music is undeniable.

Check out Jay Zoney’s music below then listen to Brain Food Radio this Thursday night for his EXCLUSIVE guest mix!