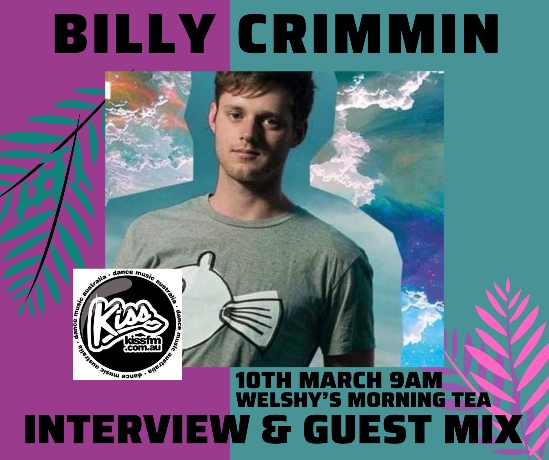 Join Dan Welsh in the tea room this Wednesday for in interview and a guest mix with Billy Crimmin!

Music has always been an integral part of Billy Crimmin’s life. Playing guitar and piano from a young age, he is now sinking his teeth into some sound design, as well as compiling a pretty epic synth lab. Billy has had a long musical journey, originally playing in a rock band, he eventually found his way into Melbourne raves and house parties, playing psytrance and techno. He later developed a big love for house, disco and indie dance music, which today sees him behind the decks every weekend at many of Melbourne’s hottest venues. Billy loves sunny, day party vibes, belting old disco classics, and music that makes you want to smile.

Join Dan Welsh for Welshy’s Morning Tea every Wednesday from 9am!