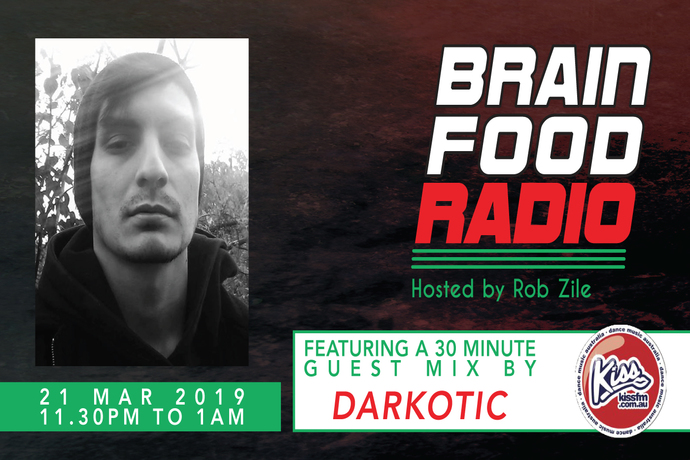 Darkotic resides in Buenos Aires (Argentina) and is one of the local talents on board of this new generation of south american’s artists in the contemporary Techno scene. He has a personal and unique sound (on his own tracks and DJset’s/Live too) based on the fusion of different styles and his influence on melodies, textures and atmosphere’s combined with some dynamic percussions, he tries to mix all that sounds with the intention to express a lot of feelings and emotions but always keeping the rhythm on the dancefloor.
He has been released his first EP at the age of 19’s years old on the Hungarian label ‘Naughty Pills Records’. From then on, the releases keep coming and his personal sound have been gradually evolving; working with many labels from Spain, Italy, Germany, Colombia, Lithuania, Czech Republic, and more.
His most recently works have been released by labels like: ARTS, Subsist, HC Records,Panel Trax, Induxtriall Records, Betanol Records, his own label in Argentina with Gabriel de la Vega: ‘Armed Records’, and his parallel label ‘Utopica Vision’.
He shared gigs with some colleagues and influences at the Buenos Aires scene, like: Luis Ruiz, Gonzalo MD, FU-5, Farceb, Mental Resonance, Alderaan, 9192, Mariano DC, Pulso, Kid Riot and many more.
Recently, Darkotic releases his first LP album called “Beatus Ille” through the record label of the Hypnotica Colectiva’s group (HC Records) from Spain,
this album received some special feedbacks and was supported by great artists like: Dax J, Stanislav Tolkachev, Donor, Kwartz, Exium, Etapp Kyle, Fran Hartnett, YYYY, Datura Dilema and many more. And recently, he has released his last album of 8 tracks called “Distop’a” on his own label ‘Utopica Vision’.
He’s currently working under a new project with the alter ego “G—gol”, which first EP was released on the italian label “Insane Industry”, also released single tracks and remixes on Gomboc Records and Survival Alliance Records.

Check out Darkotic’s music below then listen to Brain Food Radio tomorrow night for his EXCLUSIVE guest mix!