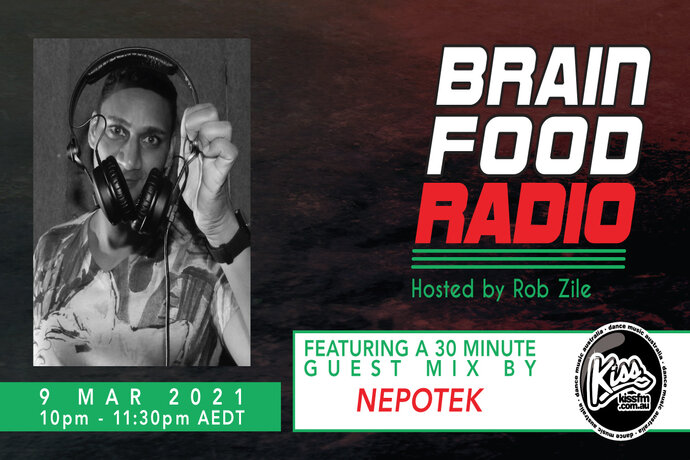 Nepotek is a Tokyo-based British DJ/producer. Splitting his time between Japan and the UK (pre-pandemic), he has performed at fabric, Lion & Lamb, and Zubar, as well as appearances for Hoxton FM, Bloop London Radio and Noods Radio. After many years spent in the DJ booth and in the studio, he now helms his own label, Plus Future Records: a platform for artists to produce sounds outside of their comfort zones.

Nepotek’s distinct style incorporates various shades of deep and minimal techno, dub, house and ambient influences, making his productions and selections highly enjoyable on the dancefloor or at home.

Plus Future Records has featured remixes from Paul Johnson, Powel, YokoO, Alexi Delano, Jay Tripwire, Terry Francis, Kaito, Ne.Hau, Peter Pixzel, Nahste Oner and Meitei. Nepotek has also released on the Superfreq label and has had the honour of having one of his tracks remixed by the legendary Mr.C.

Check out Nepotek’s music below then listen to Brain Food Radio tomorrow night for his EXCLUSIVE guest mix!