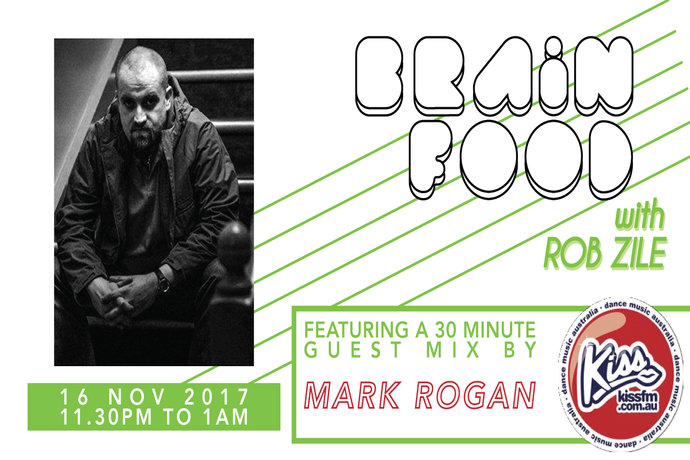 When it comes to dance music Belfast might not be the first city most people would think of as a hotbed of raw uncompromising Techno, but in recent years all that has changed. For a long time Belfast’s troubled past cast a dark shadow over the city. As a direct reaction to this a younger generation embraced an underground club and music culture which blossomed. Leading the way in this development is one of Belfast’s prolific sons, Mark Rogan – accomplished producer, sound designer and DJ.

Born and raised in North Belfast Mark was instilled with a passion for music from an early age, taking  influence from his father’s record collection, which exposed him to everything from late 60s/70s rock, to disco, to 80s electronica. Bored by the mainstream output of radio he quickly launched himself into record buying as a means to satisfy his own musical interests. One of the great turning points for Mark was his teenage discovery of House & Techno that took off in the nineties.

It was at this point that Mark got his hands on his first set of belt-driven turntables along with a basic two channel mixer. Throwing himself into making mix-tapes for friends and DJing at house parties was just the beginning. His cousin, who had been caught by the techno bug after living in Amsterdam, taught Mark how to beat match and mix properly. He also introduced Mark to the more specialist strains of Techno, listening to and exploring further the musical roots of the genre: from the deep and soulful sounds of Detroit & Chicago, to the heavier, hypnotic and atmospheric European sounds. Techno consumed Mark, as he, himself, admits, “I became totally engrossed by Techno. I loved everything about it; the feelings, the emotions that came with it.”

This feverish consumption of music and dedication to DJing led quite naturally to his first attempts at making tracks on an old computer. An ignited passion for making his own productions then saw Mark take music onto college education, gaining distinctions in First Diploma Performing Arts in Music, a National Diploma in Music Technology and a City & Guilds Diploma in Multi-track Recording and Composition.

Armed with this technical knowledge and grounding in music theory Mark started to lay down industrial-strength slabs of Techno and began sending out demos. It was not long before he was picked up by small independent label, Hereket, managed by up-and-coming Techno producer, Ilgar Khaligov. This first EP, ‘Boriquas’ was a bold statement of intent and a warning sign of what was to come with his succeeding releases. Since then Mark has released on Paul Mac’s Sula Muse Recordings, Chris Cowie’s Bellboy Records, Labrynth Recordings, Triple Recordings, M_Rec Digital, Static Recordings, DSNT Records, Erphun’s Brood Audio based in Los Angeles, Emmanuel’s ARTS, Australian labels Darknet & Elektrax, and most recently on Rebekah’s Decoy Records.

With an ethic of producing quality over quantity central to his beliefs, no Mark Rogan production is ever the same. His characteristic wave of other-worldliness, off-killer stabs, distorted pads, bolstered by 909 bass-heavy kicks goes some way to describing his signature, uncompromising sound, but in each production there is something new to discover.

Mark’s undying passion, talent and commitment as a producer and DJ sets him apart from many working in the field of Techno nowadays. 2017 will see Mark release further new material on world class labels and continue to climb the ranks within the global techno community.

Check out Mark Rogan’s music below then listen to Brain Food this Thursday night for his EXCLUSIVE guest mix!