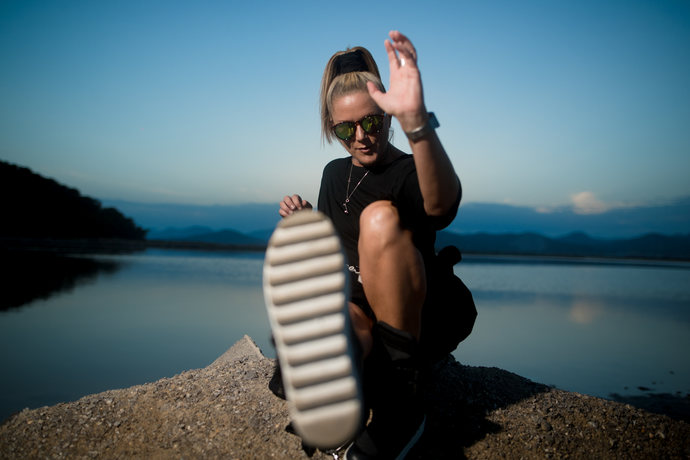 Clara Da Costa: label boss, winner of Ibiza DJ of the year 2018 in DJ Awards- an independent non profit electronic music awards, and veteran house music legend shares some great wisdom and a delectable mix with us this week on Ibiza in September.

In 1990 Channel 4 broadcasted the now legendary ‘A Short Film
about chilling’ documentary revealing the antics of a tiny island in the Mediterranean. With two blissful family holidays already on Ibiza, a then 13 year old Clara Da Costa had already caught the White Isle bug. But glued to her TV watching a host of mysterious clubland folk talking about these incredible open air venues where people danced until dawn was all the encouragement she needed…one day she vowed to herself she too would DJ on this magical island.

Just two years later her Ibizan dance floor journey began, and within no time of landing in Ibiza saddled with two boxes of vinyl she warmed up for Carl Cox at the Star Club (now Eden), and then later, went on to secure herself a gig at the legendary Es Paradis nightclub. And life suddenly took a wonderful new turn. Clara Da Costa soon earned the respect of Ibiza’s movers and shakers thanks to her superb musical selection and ability to read a crowd, a residency and role as Creative Director at the venue soon followed, not bad moves for Ibiza’s first ever female DJ (then known as Miss Bisto) who was still in her teens.

Miss Gabrielle speaks with Clara Da Costa about her longevity on the Island, trends in dance music globally, the positivity of house music, and much more.