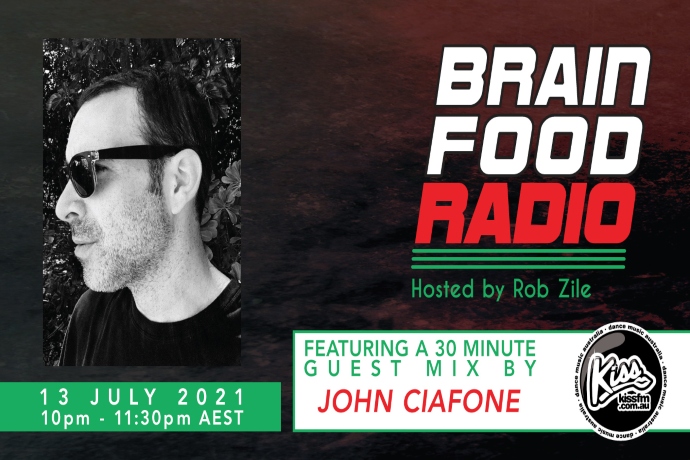 John Ciafone is a music producer based in Los Angeles, California, mostly known for his work as half of the production duo, MoodIISwing.
He has also released electronic music as himself, Chiapet, Full Swing, and JCMUSICHNL.
John was born and raised in New York, where he got his start in music as a DJ in a hip hop group during the mid1980s. Then, in the early 1990s, he started producing house music, after joining the duo known as Mood II Swing. He now lives in Los Angeles and continues to work with on solo productions as well as Mood II Swing projects.

Check out John Ciafone’s music below then listen to Brain Food Radio tomorrow night for his EXCLUSIVE guest mix!