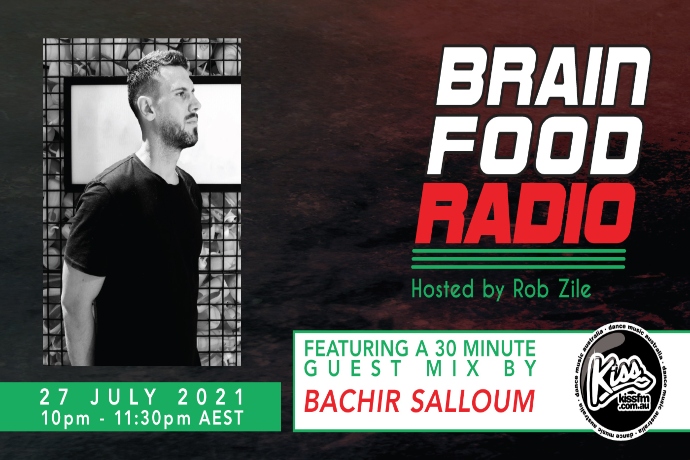 Hernan Cattaneo was one of his earliest supporters, and he has played alongside the likes of Sasha, Black Coffee, Lee Burridge, Damian Lazarus, Patrice Bäumel, Joris Voorn, Peggy Gou, Nick Warren and Henry Saiz from the UAE to Europe and beyond. Now rising talent Bachir Salloum is rapidly establishing himself as a quality producer, releasing on labels like Balance Music, Sudbeat, Juicebox Music, Akbal, Do Not Sit and more.

Raised on Beirut’s famed club scene, Dubai-based since 2014, Bachir’s uplifting mellifluous sets and deep, emotional productions movingly and skilfully combine progressive house, deep house and shades of tech house. ‘Each gig is different. But my sound and style are always identifiable, defined by me and the tracks I choose to share.’

Inspired by his older brother who was a hip-hop and R&B DJ, Bachir started exploring electronic music aged 16 and was captivated by Beirut’s diverse music scene. His first DJ gig was in 2006 at OM, an after-hours club in Beirut.

‘The first time I saw a turntable and vinyl was thanks to my brother, he used to work at a local radio station as a DJ.  He used to practise at home and I remember wanting to learn so badly, he never allowed me to touch the equipment and I now know why!’

His earlier influences were suitably diverse too, including rock music, heavy metal and progressive rock (Pink Floyd, Dream Theater, Porcupine Tree).  From age 13-15 years old, he would carefully curate and record fragments of songs from the radio and create mixtapes on cassette, by learning the radio schedule and waiting for just the right song he wanted.

‘I always wanted to make my passion, my work. How amazing to travel the world and share your stories through your own music.  To create happy moments and endless connections through it. I believe in staying true to yourself and your unique sound, to really stand out in an industry full of talented people.’

With a packed release schedule for the coming months, including on Third Avenue, Akbal Music and more, Bachir is set to be one of the stars of the Middle East scene and beyond.

Check out Bachir Salloum’s music below then listen to Brain Food Radio on tomorrow night for his EXCLUSIVE guest mix!