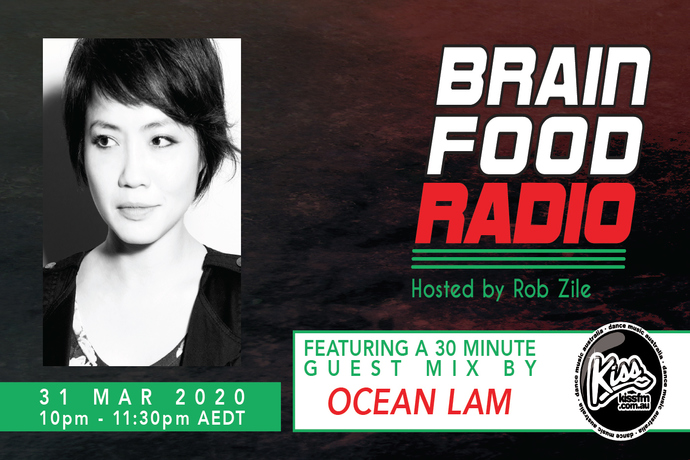 Strip away the flashy elements of “nightlife” to reveal the core of it all: the artist, the music and artistry; all of which Ocean Lam has built and cultivated with drive and passion over more than a decade.

With a signature sound void of pretension and any need to be trendy, enveloping listeners with her own personality and story as basslines pump and roll between slicing snares adrift delicate vocals. Continuously spiraling and building upwards, playful and bouncing but no less severe or moody, Ocean Lam’s sound is atmospheric, shifting moods and energies whichever way she sees fit.

A leader of Hong Kong’s growing electronic music scene and a long-standing female maverick in the overall Asian scene, Ocean Lam holds residences at Hong Kong’s top underground clubs, oma and Social Room, while serving as Social Room’s Music Director. She tirelessly works and collaborates regularly with local DJs and crews, as well as exposing the local audience to regional and international underground artists. Founding her own two long-running nights at the former Bassment Bar, and in 2014 starting the always-strong Hypnotic parties, named for a podcast/mixset series she has been doing for 8 years, Ocean has hosted many international artists including Tobias., Heiko Laux, Azimute, Basic Soul Unit, Manuel Fischer, Ryan Elliott, Oskar Offermann, Deetron, Hiver, and Lock Eyes, to name but a few.
She also works closely with regional promoters around Asia and China to support not only touring international artists but to foster a cultural exchange of artists from around the region.

The uncontested regional opener for heavyweight names like Sven Vath, Jimpster, Efdemin, Axel Boman, Luke Hess, Nick Hoppner, Oliver Deutschmann, Sammy Dee and many more; Ocean has had headlining slots at Hong Kong’s seminal arts and music festival, Clockenflap, for several years; she has curated and played a stage at Sonar Hong Kong and Altn8 Festival and has played at major festivals in the region such as Wonderfruit in Thailand, Epizode in Vietnam, and INTRO in Mongolia. For the most recent feather in her cap, in late 2019, she was tapped to represent Hong Kong at its first live edition of Boiler Room at Shi Fu Miz festival.

Not just a DJ, promoter, organizer, and Music Director, Ocean is also a producer of her own music, with five releases on HK label Typhoon 8 Records and one on Boulevard Records London. With her irrefutable extensive track record, it is no wonder that Ocean Lam has had a growing number of gigs outside of SE Asia, including annual European tours that include Germany (Melt! and Feel Festival), Italy, and Switzerland, and has contributed to countless podcast and live stream DJing sessions across Asia, Europe, and North America.

Check out Ocean Lam’s music below then listen to Brain Food Radio on Tuesday night for her EXCLUSIVE guest mix!