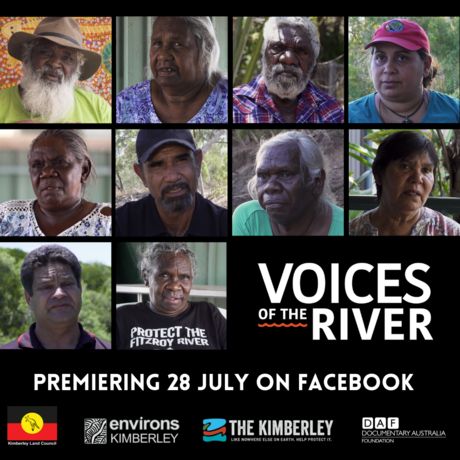 Part of the Melbourne Documentary Film Festival – Voices of the River is a documentary about the sacredness and uniqueness of the Martuwarra Fitzroy River. Timmy catches up with Stephanie the Director and Bunuba-Walmajarri Custodian Natalie Davey.

Documentary web series Voices of the River will be released next week, featuring 10 Traditional Owners fighting to protect the Martuwarra Fitzroy River from large-scale water extraction.

Following acclaim on the international festival circuit, the series will premiere next Wednesday July 28 on Facebook and Instagram TV, and release weekly over the next 10 weeks, in partnership with Environs Kimberley, the Kimberley Land Council and The Kimberley – Like Nowhere Else alliance.

The National Heritage listed Martuwarra Fitzroy River stretches over 700km from desert to sea in WA’s Kimberley region, and is of great cultural and environmental significance. However these values are under threat from Murray-Darling style proposals to pump more than 375 billion litres of water from the river for intensive irrigated agriculture. Voices of the River goes out on Country with 10 Traditional Owners fighting to protect one of the last wild rivers in the world, the mighty Martuwarra Fitzroy River.

Bunuba-Walmajarri Custodian Natalie Davey features in Episode 3 and shared her connection to her Country and river.

“It was amazing to sit by the river during filming, near where my grandmother was born,” she said.

“To be part of that environment and share those connections to the river, and why it’s so important to us.

“We’re always telling stories. Aboriginal culture is passed down though oral tradition, so being able to share films is a great way to continue that and bring it into today’s online media.”

“As First Peoples we have a right to speak our languages, to be on Country, to be in control of our knowledges and resources, and to be free to practice our Law and culture. The protection of the Bandaral Ngarri (Martuwarra Fitzroy River) is critical to upholding these rights,” she said.

“We must stand together to protect our River Country—the collective power of our voices can transform society for the better and leave a legacy that our grandchildren’s grandchildren will be proud to inherit.”

Filming on Voices of the River began in 2019 after documentary filmmaker Stephanie King and cinematographer John Chisholm were approached by Environs Kimberley to help share the voices of Traditional Owners on the Martuwarra.

Environs Kimberley director Martin Pritchard said the videos were powerful and highlighted the wishes of the Traditional Owners on the Martuwarra.

“Traditional Owners have lived along the Martuwarra Fitzroy River for tens of thousands of years, Native Title has been determined along the entire length of the river and it’s National Heritage listed for its cultural values, but this has not been enough to stop plans to extract water,” he said.

“Traditional Owners on the Martuwarra do not want and have never consented to water extraction on the Fitzroy River and it’s time their wishes were considered. Hopefully, these videos share those concerns and drive support to protect the Martuwarra.” 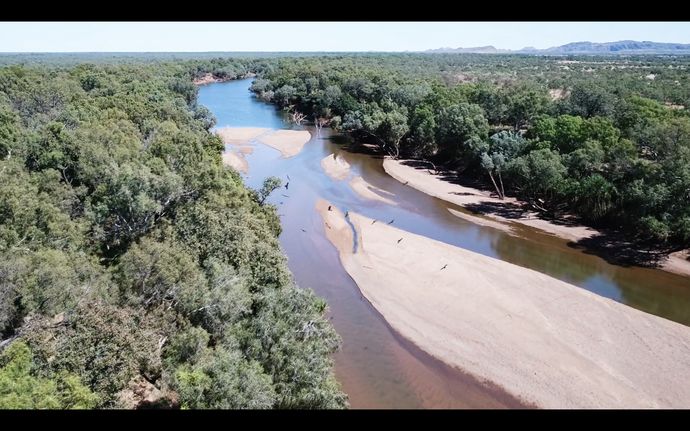 Voices of the River is an enlightening series that amplifies the voices of Traditional Custodians from five language groups and encourages audiences to engage with the conversation about development along one of Australia’s last in-tact river systems. The series premiered in Melbourne Documentary Film Festival and was awarded Silver Award for Best Web Series in Los

VOICES OF THE RIVER