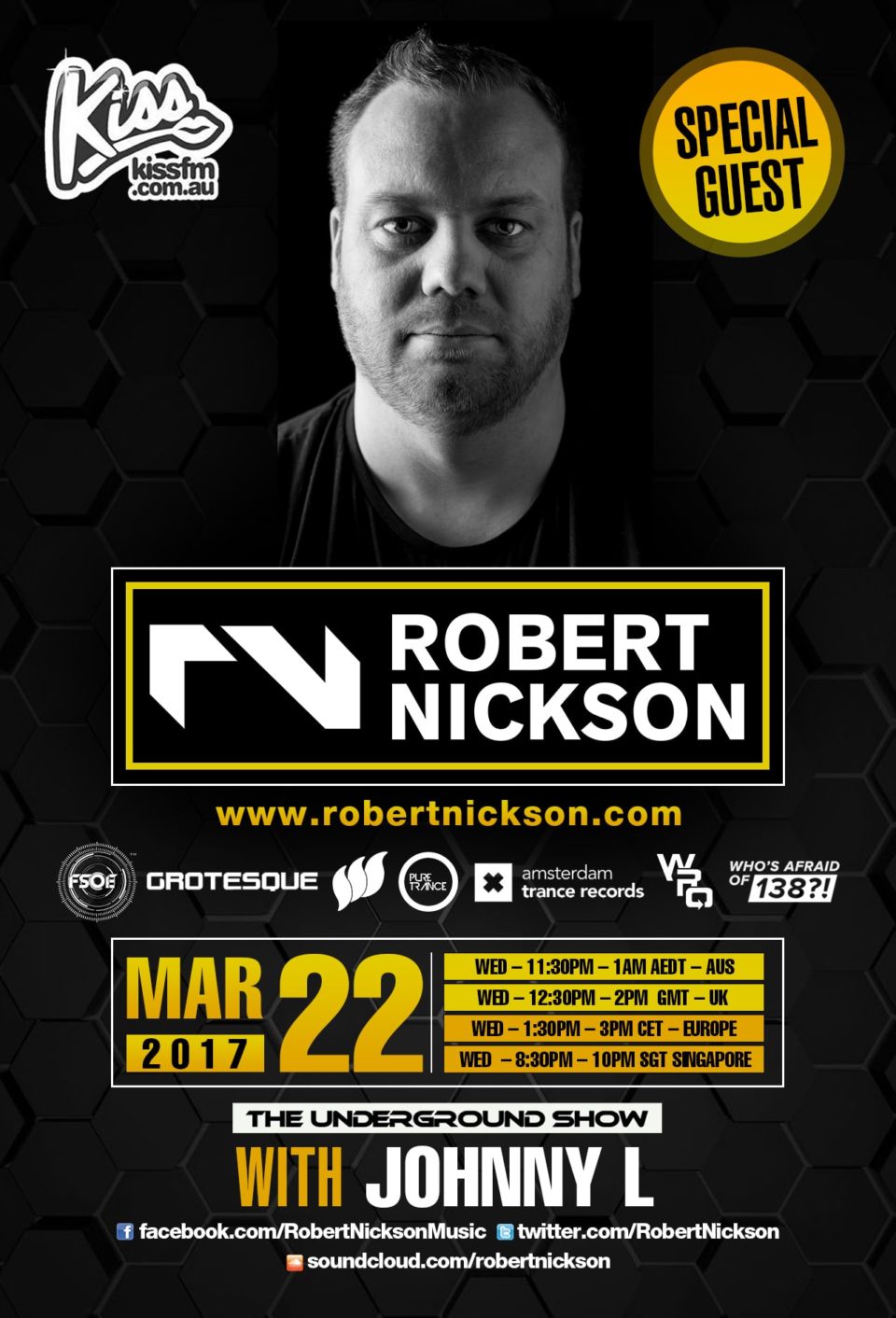 Robert Nickson – 2017 Biography Nickson. RNX. Spiral… names known all too well to Trance music aficionados behind the decks and on the dancefloor. For more than a decade his productions have defined a genre and he is recognised by both Armin van Buuren & Mixmag as the one who wrote the book on Uplifting Trance. But who is Robert Nickson? At first glance you may see just another producer from dance music’s cultural home. Whilst his musical influences certainly developed in the Netherlands, Robert’s background is a multi-national affair. Born to an English father and Norwegian mother, his perception of the world naturally become quite broad and unique – perhaps why, when it came to music, his ideas were instantly ahead of the curve. From the timeless 2004 record ‘Spiral’ to more recent masterpieces such as ‘Everest’ & ‘Touchdown’, Nickson has continually grown his mountain of fans, counting many of the world’s leading DJs among them. Global headliners Armin van Buuren, Paul van Dyk, Tiësto and Above & Beyond are just some of the tastemakers who have been broadcasting his productions for over a decade. “If you ever have to explain to your parents what trance music is, play ‘Spiral’ by Robert Nickson” – Armin Van Buuren Any living soul who can produce music of this calibre should be no stranger to the stage and Robert is no exception. His DJ style, whilst authentic and without need for flashy stage effects, takes listeners on an ethereal journey beyond the realm of consciousness. “When you die and go to Trance heaven, this is what they’ll be playing in the arrivals lounge” – Mixmag review of Spiral Having toured all corners of the earth from London to Los Angeles, Sydney to San Francisco and beyond, Nickson has refined the raw edge that made his original sound and DJ sets so palpable. Despite ever-changing dancefloor trends, he has continued to bestow upon us the extraordinary. In fact, a quick look at his gig diary and release schedule shows us this melodic mastermind is very much in the prime of his career. Over the last 12-18 months Robert Nickson has reminded us that in an age of super-festivals, with all their visual spectacle, there is simply no replacement for genuinely touching music. His updated version of debut hit ‘Out There’ stood proud among the top of the Beatport Trance chart for weeks. Once again the Nickson name was splashed across every major compilation album (ASOT 2016, Pure Trance Vol.5, FSOE #450, Grotesque etc.) He even found time to co-write the ‘Essence’ album and create a unique LIVE experience with long-term collaborator Re:Locate. With such an extensive back catalogue and air-miles balance one would be forgiven for assuming Robert Nickson has already celebrated his illustrious career. However, with even more live performances, festival appearances and a new RNX album on the horizon, you can be sure the best is yet to come from this noble producer. To keep up to date with Robert Nickson, hear the latest music and see where he is performing visit:
www.ROBERTNICKSON.com