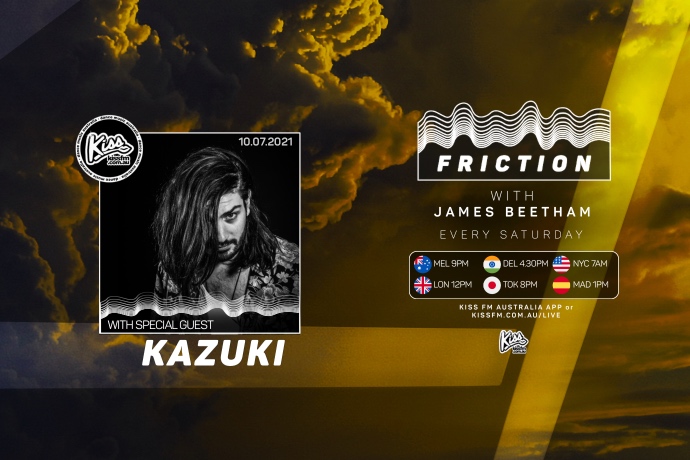 FRICTION delivers the final episode on Kiss FM this Saturday. Join host James Beetham as he chats with KAZUKI.

With a fresh EP on the way titled “Samsara Nirvana” with remixes from Subandrio and James Beetham, we chat to Kazuki label co-owner of Late Night Music.  Tune in this Saturday at 9pm with host James Beetham for this final episode of Friction on Kiss FM.

Kazuki’s passion for hypnotic, progressive house and tech permeates everything he does – whether he’s spinning lush daytime grooves or dark headcavers on a late night dance floor. Based in the city of Canberra on Ngunnawal country, Australia, Kazuki has established himself as an adept DJ and electronic music producer building on a lifelong love of music.

Perfecting his skills and sound in the outdoor festival scene, Kazuki’s enthusiasm for creating energy and atmosphere in his craft sees him as a sought-after underground DJ, performing at dusty dancefloors across his home country for more than 10 years. A curator of music sees Kazuki as co-owner of his own progressive house label Late Night Music alongside Melbourne producer James Beetham, providing a platform for local and international artists who share their vision for deep progressive beats. With a string of releases of originals and remixes to his name across a range of labels at home and abroad, Kazuki’s tracks have seen industry support from and played by artists such as John 00 Fleming, Guy J, Max Graham, Mike Griego and Ovnimoon.

He’s performed at a diverse array of festivals including Babylon, Psyfari, Dragon Dreaming, Psyland, and even a solar eclipse festival in Indonesia – as well as prominent venues and parties across Australia. As well as his own top billing sets, Kazuki has played support slots for artists such as Guy J, Extrawelt, Andhim, Jamie Stevens, Kazu Kimura, Late Nite Tuff Guy, and Merkaba. 2021 sees the release of his new EP Samsara | Nirvana on Late Music; new single The Seventh Aether on John 00 Fleming’s JOOF Recordings; and multiple remixes. 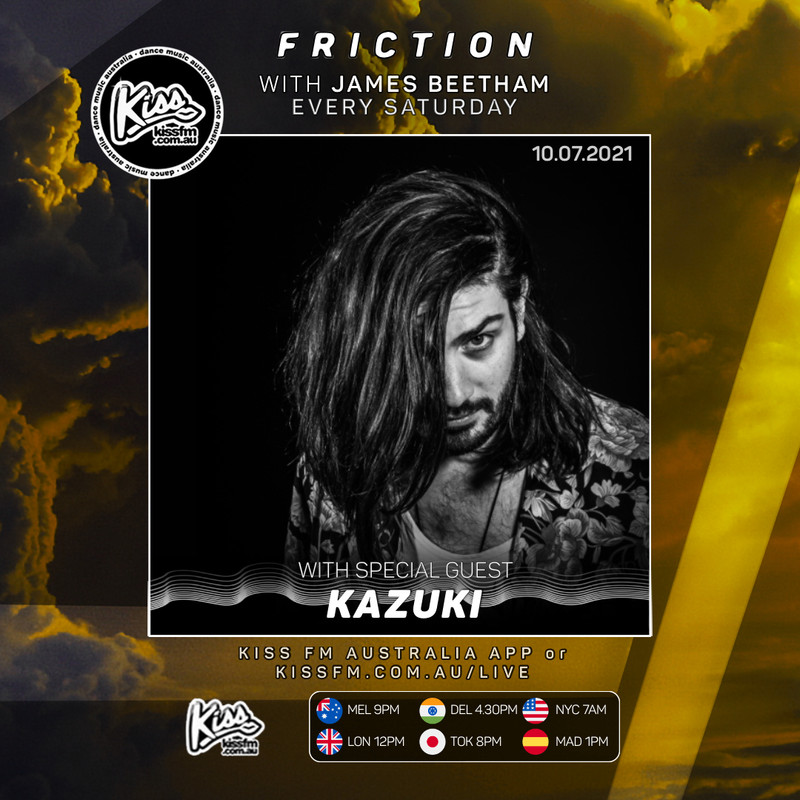