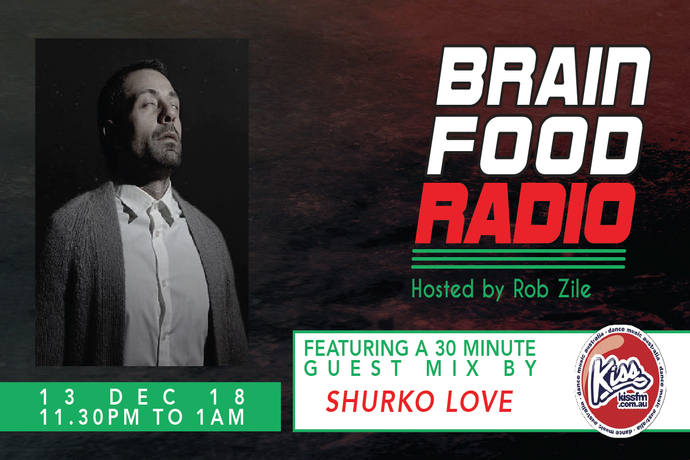 Shurko Love is a producer and DJ. He is an enthusiast of Techno, old school Electro and Classic House and a defender of underground music with a clear influence of the 80s and 90s sounds.
After several years sharing a booth with renowned artists, taking up residences in different clubs in his country, and editing his music with different monikers, he decided to take a break and he focused on music production.
Today he is back with a more refined sound to his musical tastes also bringing several projects as his new label in 12″ and digital formats, which the aim to edit music of different artists whose, at some point in their careers had influenced him.

Check out Shurko Love’s music below then listen to Brain Food Radio this Thursday night for his EXCLUSIVE guest mix!