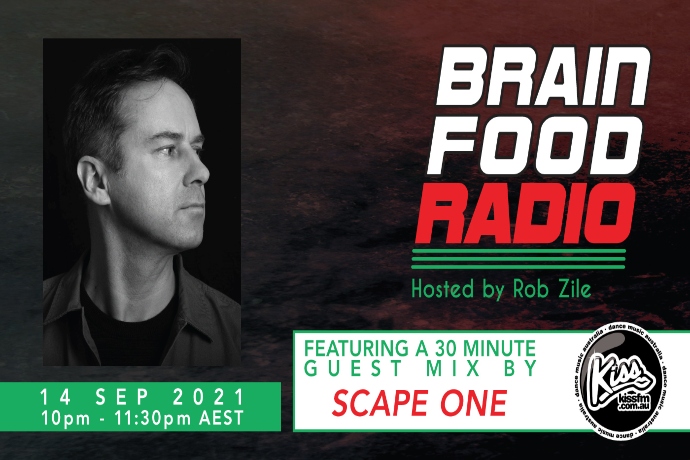 Scape One AKA Kurt Baggaley is a producer from the south of England. Mixing analog synths with synthetic beats crossing over from electro/wave to deep techno.

Connecting the dimensions between synthetic waves, warm technology and cold electronics.
For Kurt Baggaley AKA Scape One it all started way back in 1983 after an appearance on BBC Television performing Robot Dancing to Africa Bambaataa’s “Planet Rock”, he then became resolute to begin producing and writing Electro music, mainly concentrating on live performances within the local Hip Hop & Dance scenes along the UK’s South Coast which remained continuous on into the nineties.

With the advent of the new generation of contemporary Electro producers in the mid-nineties which helped re-start the Electro movement, Kurt joined in production duties with neighbouring associates Transparent Sound, with this collaboration came several releases on various labels, most noticeably ‘Freaks Frequency’.

As an independent producer Kurt has gone on to generate more material recording for various esteemed underground Electro labels in Europe, The UK and The USA. In 2001 ‘Simple Machines’ was one of the first releases that made the name ‘Scape One’ perceptible on the Electro landscape followed soon after by the series ‘Planet Funk Express’ which focused on the global development and diversity of Electro and ‘Submolecularnanotechrythmicpriciples’ showing a more deeper and experimental edge. Many more releases followed each focusing on a certain theme but always with the pulse of Synthetic funk with a futuristic attitude that always remains forward thinking. Live appearances and DJ sets have taken place in New York, London, Barcelona, Los Angeles, Amsterdam, Chicago, Glasgow, Miami, Dublin, Seattle, Leipzig and many more including various Radio performances.

In recent years Kurt has evolved his productions into a more personalized and unique sound, taking in influences from early 80’s Chicago House, Detroit Techno, New York Club with a fusion of Italo Disco, Minimal Wave and Electro. With releases on SoHaSo, Chapter 24, HotMix; Kurt also writes under guise of Tau Sagittarii for his Ambient Experimental compositions, described as ‘Sensory data for hypersleep chambers’.  However the element of pure electro will always be at the core of Scape One’s productions and the journey continues with many new releases lined up for 2021.

Check out Scape One’s music below then listen to Brain Food Radio tomorrow night for his EXCLUSIVE guest mix!