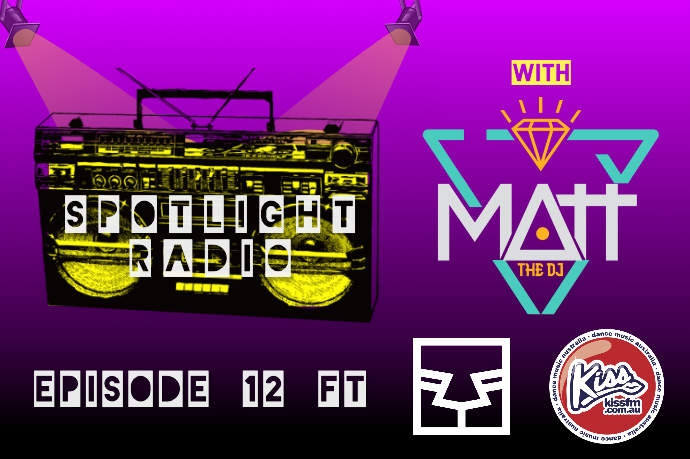 Swinging it back around this week to a little something heavier with this weeks guest mix.

Hailing from Melbourne, Australia, Rory Webb aka Nemean was introduced to heavy music at an early age. He wholeheartedly threw himself in the punk and metal scenes as a teen but entered the electronic music scene in his early 20s with DJing and production after never quite finding his passion with an analogue instrument in his hand.Now, influenced from the harder edges of music Nemean sets out to deliver face melting Neurofunk. So far he’s signed to Kill Tomorrow and The Tech Collective with 4 EP’s and various collaborations and singles with more on its way. Big plans are in his mind and rolling out as you read this as the unreleased music is plentiful.

NEMEAN truly understands the unspoken ode to the modern sounds of drums and bass, with a blackened musical sensibility, Nemean forges his style with the hammer and tong of rhythm and bass.His sound is a melding of uneven bass-lines and melodic hooks characterised by his love for darker sounds. Guided by intricate percussion and snappy production, Nemean’s songs are designed – down to the core – to make you move.

Check out the full interview with Nemean and I below and tune in at 6pm on Monday for drift back into some of the more heavy vibes.

Q. How did things start for Nemean?

A. It all started at CIT in Canberra in 2011 where I was doing a diploma of music technology. I started with the ambition to learn to record bands but part of the course was an electronic music component. For this we had to make an electronic song and at that time I’d just been introduced to Dubstep so thats what I made. After making that tune I was hooked. It was much easier and more fun to sit in my room and make music by myself then having to rely on other people in bands. I started DJing and played in the local scene there, under the alias Mechanist, which was thriving at the time. In 2012 I moved to Melbourne and in 2015 I did an internship with local Drum & Bass events company called Twisted Audio. This was the catalyst to move across genres across to DnB. In 2017 I created a my new alias ‘Nemean” and really started to knuckle down with my production. Maybe 6 months later released my first EP with Melbourne based label The Tech Collective.

A. Probably supporting The Prototypes a year ago. We, my mate Typhos and I, played to a full club for a solid hour and a half after the main act; which was great because normally everyone leaves. Everyone was extremely passionate and I could tell they were just loving the set. Afterwards; we went back and kicked on at a mates house with Nick from The Prototypes and a big crew of mates. It was just a really fun night all round!

Q. Your recent release ‘Sharks’ is definitely on the heavy side, is this direction you’re going to go as an artist?

A. For sure, if anything I’ll be trying to go even heavier for now. However, once I have that down pat I’ll definitely be experimenting with lighter stuff, minimal, tech, liquid ect.

Q. What is one track that got popular that you can’t stand hearing?

A. I don’t really have any tracks that I can’t stand although some of the older ones are more difficult to listen to because of their terrible mix-downs. Off my Sharks EP; Nosferatu seemed to be quite popular, but I find it almost impossible to use in a DJ set.

Q. Do you have any advice for someone who’s looking at getting into production?

A. Be prepared to put in a lot of work if you want to get anywhere with it, but definitely give it a go, you might just love it.

Q. If you could eternally be stuck in one year’s music scene, which year would it be?

A. I’ll go with the 2011 Dubstep scene when I first got into rave culture. Everything was fresh and new and exciting, and I partied constantly. So, it’s more about the scene and less about the music!

A. Probably Fall of The Hypocrites by Whitechapel. It’s brutally heavy and dark, with a great groove, and disgusting but political lyrics. I come from a metal background which for me was a precursor to Drum & Bass and it’s why I like heavy music in general.

Q. What is something that bugs you about the DJ scene?

A. Probably the elitist DJ’s getting on their high horse about vinyl Djing or complaining about other DJ’s using the sync button. I don’t use sync but only because of those people. It literally takes about 5 seconds to use the pitch bend and it isn’t a skill, so I don’t see the point. If you make that part of mixing easier you can make it more complex in other ways and leave time to think and make other critical decisions.

A. I’m going to go with a Lion to stay in theme with my artist name.

Q. What is the one thing that you love the most about making music?

A. That point when you’ve crafted something new, and when I listen to it back, it sends chills down my spine and make the hairs rise on top of my arms. It makes me feel like I’ve just made the best new hit and I’m on top of the world.

Q. What is one track that never gets old for you no matter how many times you hear it?

A. Probably my song Exhumed. It’s older and the production/mix-down isn’t all that, but I love the song writing and sound design. Thinking I might even do a VIP soon!

Q. What can we expect from your guest-mix?

A. Balls to the wall heavy groovy Neurofunk with a few bits to keep it interesting and the energy up.