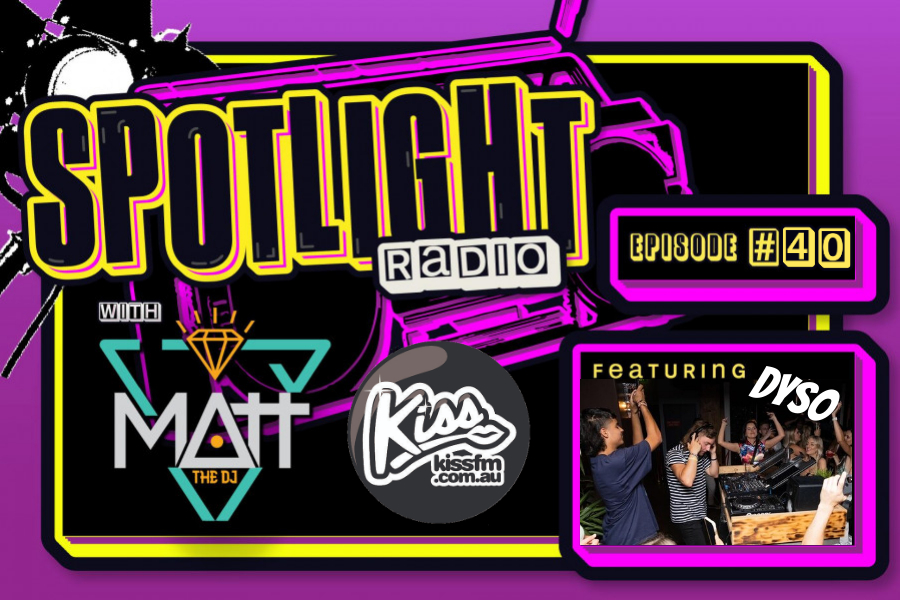 Here we are, the big 4-0. While most 40th celebrations consist of aunty Kim drinking to much Prosecco and screaming out Love Shack to the whole party after stealing the cover bands microphone I’ve elected to go a different route….

For a kid that is only 19 this is the kind of following you would expect to see from someone on a Main-stage at a premier festival. Not sure if it’s his hard hitting early morning techno that brings true to the spirit of the Melbourne underground or his perfectly sculpted mullet, this guy has something special and I would expect you will be seeing a lot more of him in the years to come on the local scene and abroad.

Don’t miss a chance to experience the true sound of Melbourne on Monday at 6pm when DYSO drops in for his Guest mix. For now check out our chat below.

Q. Where did things start for you and what are you hoping to achieve in the next 12 months?

A. Things started for me just over a year ago now, I always used to listen to techno and minimal all the time. And I mean all the time! So, I was at a house party this one time, and I was fake DJing off my mate’s computer, and he turned around to me and said, “Why don’t you just become a DJ?”, and that was where Dyso was born.

I’m not exactly sure what I’m hoping to achieve, I never really set myself any goals, other than to keep doing what I’m doing, and see how far I can take it.

A. As a DJ, definitely New Year’s Day 2021, playing in front of 1000 people at The Timber Yard is something I don’t think I can ever recreate!

And as an attendee, probably the first ever night I went out, and saw all these people id only seen online absolutely smashing it. That’s where I fell in love with clubbing.

Q. You describe yourself as a “self-taught” producer, where did you start?

A. I literally just started one day by making a vocal edit on my DJ decks live and then decided to get Ableton and went from there. Everything I’ve produced and done has been from me just looking up videos on YouTube and asking for advice of mates.

Q. What is one house music sub-genre you think doesn’t get the attention it deserves?

A. Acid house for sure doesn’t get enough exposure or recognition that it deserves

A. Just to be able to feel how I feel. I enjoy nothing more than when I feel the bass through my body, and I love melting faces

A. Rock the Casbah, I had a very early morning experience at Revs, (As you do) and that song came on, and it reignited a love I already had for it

Q. Which dials/button do you think you use the most when playing live?

A. echo effect, I enjoy using it cause if you use it right, it sounds sick

A. Dog, because they are man’s best friend, and they love you no matter what

Q. You’ve played around Melbourne recently, how would you say the scene has changed since covid?

A. Definitely the capacity in clubs has made it harder to get in anywhere, but other than that it’s basically the same I’d say

Q. You’ve made quite a few edits/mashups, which has been your favourite so far and why?

A. I for some reason hate my edits, I just can’t get around the idea of playing something I’ve made, and be able to dance to it, it’s something I just can’t do, but answering your question, either my Gooba X Checkmate or Retrida Edit

A. This is a really good question, and probably “Stop Sweating”