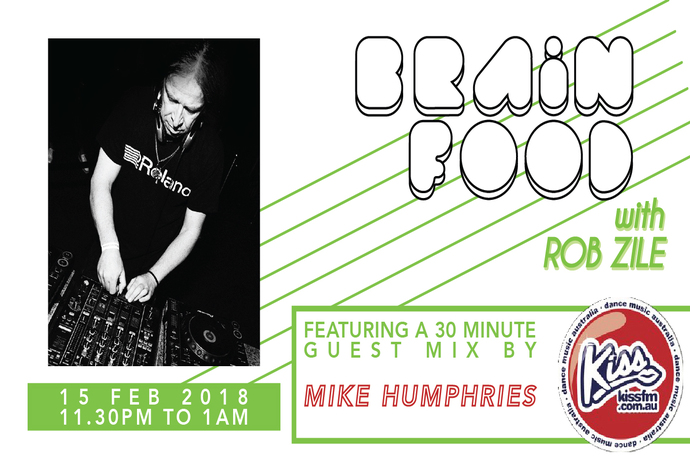 Mike Humphries’ style is unique and instantly recognisable.  He has been producing techno since the early nineties, his first productions were released in 1993, under the name of D. Kontrol.  They were pressed on the Belgium labels, 2 Thumbs and Mineral and Growth; the in-house labels of Belgian legend, Frank De Wulf.

Mike has released hundreds of tracks and remixes on record labels such as: Gobsmacked Records, Hard Electronic, Dolma Records, Naked Lunch and Kombination Research (to name a few).

Mike has always concentrated more on producing tracks for his own labels. Punish, the dirty edge sounds of Techno.  Together with co-founder Glenn Wilson, Punish was the start of a new sound in the techno genre.

With the legendary label Red Seal, recording under the name H, Mike brought you the World Downfall series (big hitters on the Fuse presents series for Dave Clarke), 2 Thieves and was responsible for live PAs as Cold Dust.  Mike also started Black and White records, co-ran Player Records, the in-house label of the Orbit UK (R.I.P.) bringing anonymous releases to the Player label that were also remixed by DJ Bam Bam, DJ Urban and Angel Alanis, as well as artists such as Joey Beltram, Adam Beyer, Marco Bailey and Mark Broom, Ben Sims on the Player Remixes label.

Mike left all of these projects behind at the end of 2003 to make way for his Mastertraxx label, which began in 2004 and now carries global underground respect as an established quality imprint for many.

Mike has DJ’d and played live sets in clubs all around the world.

Check out Mike Humphries’ music below then listen to Brain Food this Thursday night for his EXCLUSIVE guest mix!