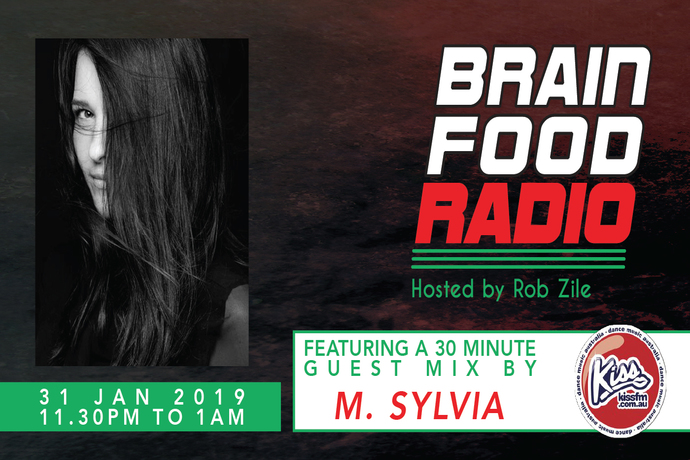 Chicago-based M. Sylvia is about oozing deep and dubby techno shaped by love of vinyl and analog instruments.

Characterized by the warmth of Chicago’s house roots, M. Sylvia’s style is a dark, dubby sound sworn to explore the beauty of the present moment. Spanning from minimal to experimental house, the main constants are a drift to the deep end and a selection to suit the mood, with prominent influences from her favorites: The Prodigy, Magda, and Loco Dice.

Sylvia, Sylvia Dziemian, is a Polish-born transplant, who grew up in Chicago absorbing its love of art, music culture, and freedom of expression. Her music career was an unexpected development.

She began DJ-ing around 2006 and never imagined it would become a career, only noticing she enjoyed it more than almost anything else. In retrospect, it was the moment she found her second skin. Many other life plans dissolved; everything began to revolve around music.

Within a year of debuting on the Chicago dance music circuit, as part of the NORdjs collective, M. Sylvia gained residency at Chicago’s renowned Sound-Bar, where the group maintained residency for the better part of a decade.

She spent 2017 as resident at one of Chicago’s prominent underground venues, Primary. A regular at Spy Bar, in 2018 M. Sylvia added SmartBar and a solid set of Chicago warehouses to some of her favorite venues, sharing decks with Gel Abril, Nastia, Steve Bug, Jan Blomqvist, and closing the year off the year as part of Booka Shade’s Chicago North American tour stop.

Tenets of her production involve the living feel of analog instruments and experimentation.

From Chicago with love,

Check out M. Sylvia’s music below then listen to Brain Food Radio this Thursday night for her EXCLUSIVE guest mix!