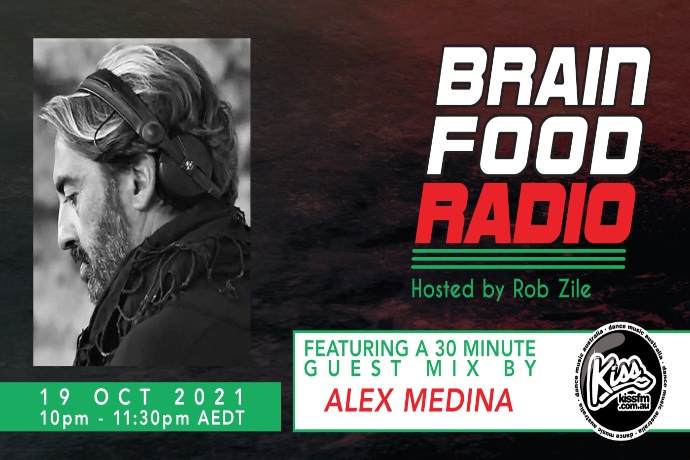 A musician since birth, the Canary Islands’ Alex Medina has engaged in a lifelong commitment to electronic music since 1993. The DJ, live act, producer, promoter, and more recently, label owner has been an active member and mover within the Iberian electronic music community, and continues to expand his reach beyond the Atlantic by way of impelling sets and ingenious productions that not only pique his listeners’ aural verve but also immerse them in multi-sensory experiences.

On decks, as a DJ and in live acts, Medina is a wizard, his sets are groovy and psychedelic, deep and complex, versatile and broad, fervently seeking to escape conventionalism, tapping into multi-verses, from house to techno, indie to electronica, and everything in between. Whether through radio shows like D-Votion or Planet Love, in intimate club settings such as Watergate and Der Visionaire, festivals and open air events across continents, Medina navigates dancers to exquisite soundscapes that incite motion and broaden minds. Alternatively, Medina is also occasionally found dishing raregrooves and disco, embracing his passion for jazz, funk, and soul under his Negro Hamaquero moniker.

A promoter since the turn of the millenium, behind the scenes at El Guateque, Intro and Splash, Medina not only contributes to but also helped shape the emerging electronic music scene in the archipelago, a movement that has consistently procreated a breed of talents into the international electronic music arena as of late. Founding one of the first record shops in the Islands and working for various record distribution companies in the mainland, Medina is a master-selector by default. His impeccable crate-digging skills transfused seamlessly into fine A&R, as he undertook the role of label head in 2017. And thus Mumbai Records was born. With acclaimed releases, the label has successfully balanced electronic and organic sounds with grace, introducing novel vibes and risky electronica for mature audiences.

Releasing on some of the most relevant labels in his niche and beyond, yielding top hits producing may be Medina’s most compelling innate calling, and the community at large is at luck to have his musical genius freely flowing through generous sonic indulgences. His artistic gambit is ambitious and lucrative, sprawling across genres with a signature hypnotic depthness and affective symbiosis, garnering accolades and support from esteemed scene heavyweights, Dixon, Ame, Pete Tong, Solomun, Richie Hawtin, to name a few. Just recently, his contribution to Dixon/Ame’s Innervisions, Golden Teacher has topped the Beatport Indie/Future Classics Chart for weeks at a time, in addition to a handful other remixes and releases for labels like Moblack/Stilvortalent/Mobilee that climbed high ranks on these highly coveted spots. An ace in mingling organic house instrumentals and obscure techno elements in atmospheric electronica, Medina is adept in stimulating senses, blending human sensations into the framework of reality, simulating boundless musical journeys by way of emotion and a constant pursuit of curiosity in play.

But Medina’s production ventures don’t end there, the music-making machine sheds many expressions of his flair to many collaborative projects. An ambient-pop-electronica inspired Medina is half of Tropical Barba; he meddles with dub electronica in Nectar, and teams up with Alani for Athnic and Tobias Pronto, duos that show a different but equally charismatic Medina, in unpretentious and complementing chemistry. What’s unique about Medina, is that the more music he creates, the greater the potential of his creativity becomes visible, and unafraid to keep pushing his artistic boundaries further, his future remains bright and progressively promising, a true force to be reckoned with in a rapidly evolving world.

Check out Alex Medina’s music below then listen to Brain Food Radio next Tuesday night for his EXCLUSIVE guest mix!