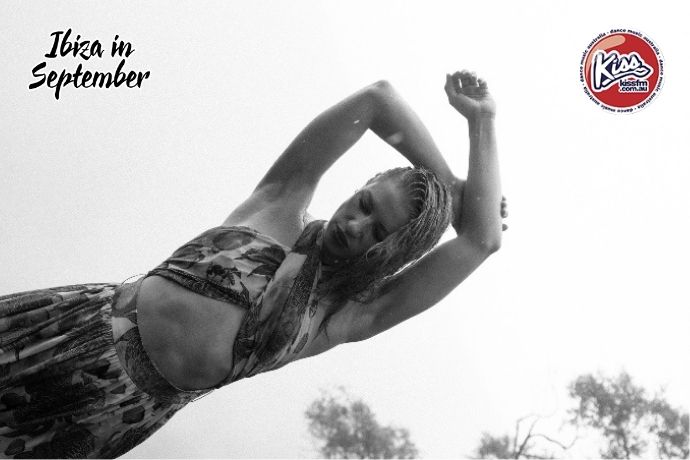 Tune in for this week’s guest on Ibiza in September, the meteoric star Lili Joy.

Lili Joy, a global citizen since a young age, was born in Bulgaria, raised in Italy and has based herself in Australia. Lili Joy’s passion for music has continually been part of her life. Violin player since the age of five, choir singer and performer, Lili developed a strong passion for collecting and mixing various music from an early age. This passion eventually became a career choice within the sunny Sydney underground music scene She believes in the power of music, human kindness and universal respect more than anything. Constantly evolving through sound, Lili creates groove mixing minimal and dub techno with a touch of house music.

Every set is a unique experience.

Since 2014 beyond becoming a sustainability leader Lili has toured Australian festivals and venues like Subsonic Music Festival, Splendour in the Grass, Beyond The Valley, Burning Seed, Dragon Dreaming, Rabbits Eat Lattice and more. Lili has toured as a career musician in Europe, the US, Fuji, New Zealand, sharing her magic at clubs and events like Burning Man every year.

Known as Australia’s Best Party Starter, Lili Joy is a resident at The Breakfast Club in Melbourne and Tabularasa in Sydney. Lili regularly performs at some of Australia’s best underground music venues and parties.

Lili’s sound and energy is one of a kind and her unique flavour of music influenced by her living constantly between Melbourne and Sydney. Transitioning from dub techno to house music, disco to hip hop, jazz to downtempo, elevating the atmosphere and taking the audience to a whole new level of experience. Lili Joy’s warm energy radiates through her music but also through her passion for environmentalism. She is the co-founder of “Leave No Trace Celebration”, a community movement to do beach cleanup parties with international DJs and live musicians. Leave No Trace Celebration focuses on environmental awareness, education and respect for nature.

Lili is also the founder of “Shut Up ’n’ Dance” underground techno events in Manly, Sydney, Australia and a The Breakfast Club Melbourne resident at the same time. Combining some of Sydney’s best curated sounds with one of Australia’s most beautiful beaches. Lili’s finely tuned selection and addictive sound can be heard on her SoundCloud and she is a regular presenter on various different live radio shows.

Her first EP is on the way. Check out her SoundCloud here:

Listen as Lili Joy chats with show host and friend Miss Gabrielle and shares with listeners her upcoming plans for Ibiza, her current steadfast grasp of the Melbourne Underground, some of her beautiful mixing, manifestations of the future and a few laughs for good measure.