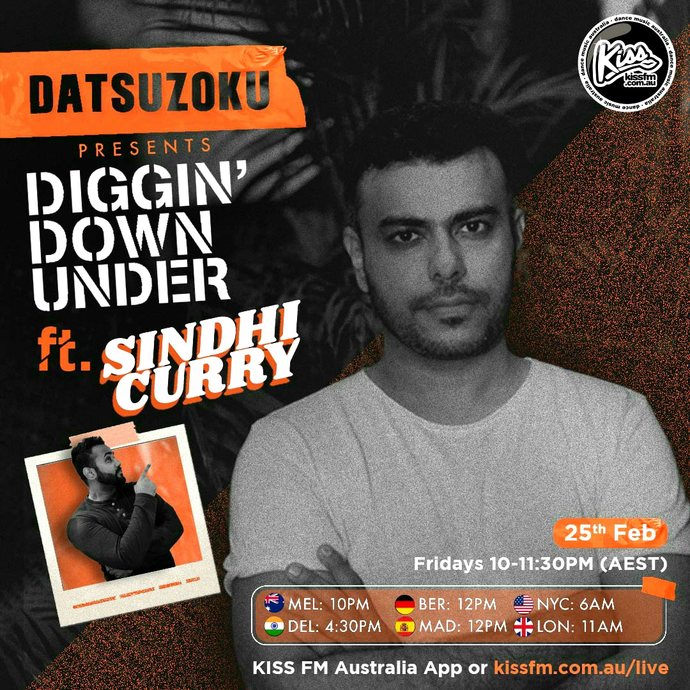 This Friday on Diggin’ Down Under, Datsuzoku will be playing some eclectic tunes whilst chatting with a very special guest from India who goes by the artist name Sindhi Curry followed by featuring his exclusive mix for our patrons in Australia and overseas. 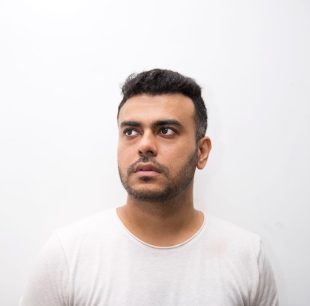 Sindhi Curry aka Pramod Sippy started his musical journey at an impressionable age of 14. His foray into DJing began with terrace parties and impromptu gatherings, usually organized by friends. A self-taught DJ, his intrigue led him to continually delve deeper into the artform, perpetually striving to understand it better. Over the course of a musical career spanning more than two decades, Pramod has held multiple residencies and performed across the country. During this journey, he has moved seamlessly from tapes to CDs, to consoles, to vinyl, of which he is a true practitioner with a growing collection.

Pramod has been an integral part of the entertainment industry, notably as a cofounder of The Bombay Elektrik Project and The Hive. His work was crucial in building the foundation for culture centres and movements in the country, providing platforms for upcoming talents to showcase their skills.

Sindhi Curry’s sound is a true testament to the diversity in music and its evolution through time. His style of music today is influenced by Chicago-House, Disco, Funk, Soul and Detroit Techno, amongst a vast array of genres. The atmosphere that he
seeks to create can be best described as fresh, warm, and infused with funky grooves and cosmic sounds.

Till this day, one of the pillars of the foundation of his musicality has been his characteristic openness to all types of music. His knowledge and experience combined, is something that keeps him evolving as an artist, leaving the audience never knowing what to expect next!

So put reminders in your calendar and don’t forget to tune in to check out the exclusive interview & guest mix this Friday 10 PM only on Diggin’ Down Under!!