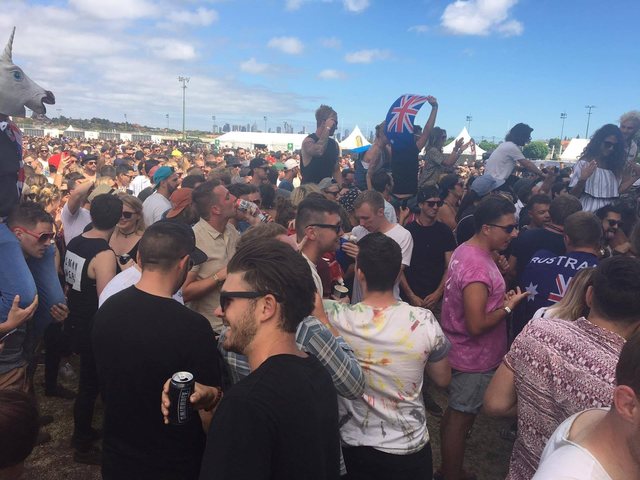 By J.A.F.F [Just Another Fucking Foreigner]

When I was thinking of going to Electric Gardens I was a little bit conflicted with what it all means – considering it is a celebration of Australia Day. Even though I am pretty new to Australia I definitely think this is a country worth celebrating – but I do not support the date 26th of January – since moving here I have learnt that on that day the killing and destruction of the Aboriginal life here began. I don’t think it is right to celebrate national identity unless everybody is included and most especially in agreeance with and the blessing of the people who were here first. I hope this date gets changed.

The line-up was just so inviting – and except for Sasha and Hernan –  I hadn’t seen most of these acts live (as far as I remember).

As I mentioned before in one of my writings, I love to celebrate. So, I went… and so did around 4000 people apparently.

I get so happy and giggly when I go to places like this. Like a kid going to a sand pit to play with others. The venue was great. It was a little dusty though from people stomping and dancing.

The weather was perfect for a day festival. When I arrived with my bestie, Basement Jaxx was playing. We lingered at the main stage to take in the crowd and the atmosphere, while looking around the layout of the place which was nice. Noticed a big swing and another amusement park ride that just added to my kid reaction of going to a playground.

We went to the VIP area to meet some friends. It was lovely to have access to not so crowded bar and toilets. The music was fantastic too. I know I can’t say I am a local yet but for some reason I am loving what local DJ’s are playing more than the internationals. Local DJs usually know best what their local crowd likes and it seems they know what I like – so I must be a local X

Didn’t want to miss all of Basement Jaxx so we went back to the main stage. By the end, they played some of their old stuff like ‘Where’s your head at”  and “Romeo” which got the crowed singing along. After Basement Jaxx and their lovely energy the stage was getting ready for Mark Knight.

I was very excited to listen to Mark Knight perform. Lately he has been performing alongside my favourite DJs – Chus and Ceballos, who are known for their own style called Iberican. I love it. It is a mixture of tribal, latino, techno, house. Very upbeat and happy. Wasn’t sure what Mark was going to play ’cause he plays a bit of house too. Lucky for me he fulfilled my expectations and was making my hips move like crazy with his performance. He was happy and like he was enjoying what he was doing, giving out smiles and dancing to the music while playing. It means so much for the crowd, to have no expression at all alludes to the question ‘are they enjoying this?’. Ohh and personally, I love his dimples, I can say this as I listen to his show every Monday at Midday on KISS FM – so we are like old friends. Mark Knight ROCKS.

As the day progressed, more and more people showed up. The Legend DJ Sasha came on and even though I grew up listening to him and he shaped most of my taste in music, something was lacking. Not so much in his music but in his performance. The music was more – I would call – Artsy. He is a skilled DJ with a great taste and ear for dance music. I don’t think the crowd wanted to think much and his music sometimes really makes you think – as if I am a Producer perhaps – you analyse it. He wore dark sunglasses and black t-shirt and never smiled. Has he had enough maybe? Was he there just to do a job?

Enter Jamie Jones. Great deep house set. I was on and off for his set cause I was disappearing to the VIP area to listen to some more music by Mark Knight. Mark played a more housie set there. Still great. Love his energy.

The local DJs after Mark, Rollin Connection b2b Dave Juric b2b Lister Coorey lifted me up just right. Dave Juric, I need to keep an eye on him! Couldn’t stay longer though cause that would mean missing Eric Prydz.

Now this guy…  Eric totally nailed it. You didn’t want him to end. Track after track he kept you moving and making inarticulate sounds. The day was getting darker so also the light show added to the performance. I left 15 minutes before he ended his set to avoid the crowd. Was hoping to listen to his Techno set at Brown Alley but I didn’t have 55 bucks for it.  Without the festival ticket, the price was 75. I know it is understandable when you have two or three internationals playing but still I thought since I can’t give it my all energy wise and I don’t have that much money, I put my tail between my legs and went home. I bet it was awesome for those who went…

Props to the organizers for this awesome event. As far as I know there were no incidents during this festival. Oh, and I was very happy that there was an option of a healthier feed at the avocado toasties stand.

I hope for next years’ festival they will choose a different date though. 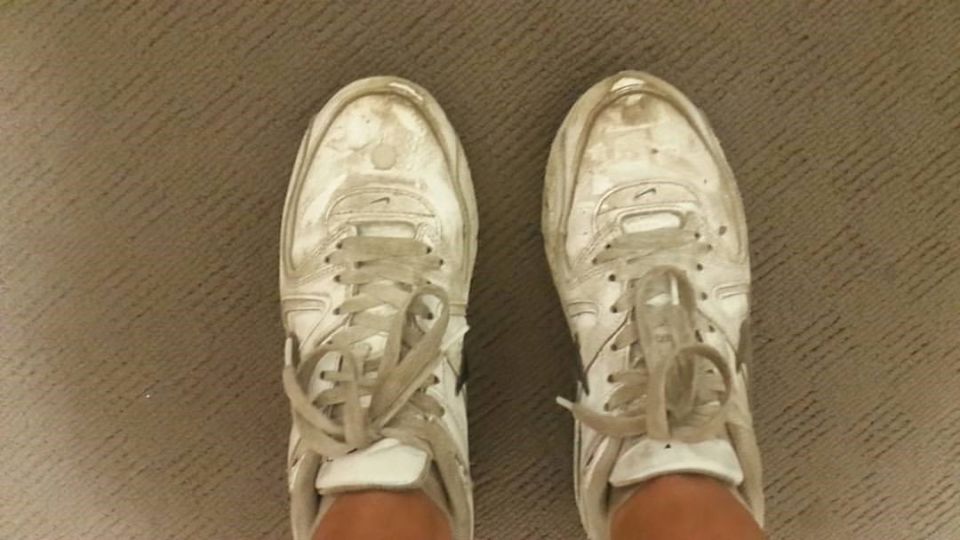