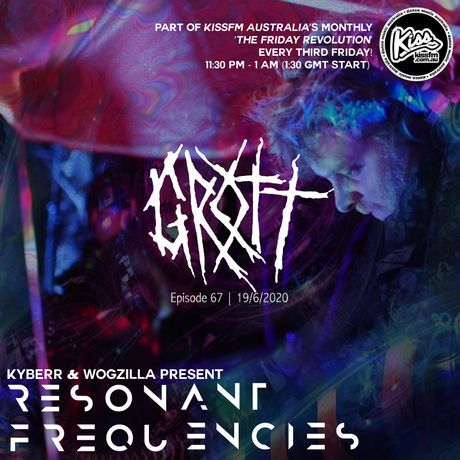 The time has come around again for us to announce our guest as we approach the upcoming RF broadcast on KissFM Australia.

For this Friday’s show, we invite long time resident to RF, Tom Greatorex AKA ‘Grott’. Grott’s love for psychedelic sounds has continued down the rabbit hole as he has prepared a two-part mix. The first mix, dark psy tech & for the second mix, dark prog!

“Spawned in 2016, GROTT is the project of Melbourne based DJ Tom Greatorex.

Having spent two years prior playing progressive/full-on psytrance at numerous parties across Melbourne and the Victorian bush under the name “Tomzy Turvy”, Tom began to yearn for something more serious and in-line with his heavy metal roots and started zeroing in on a style of music that truly resonated with him on a fundamentally deeper level. He found what he was looking for in dark prog, and his discovery ignited a deep, ever-burning passion to share what he had found with like-minded freaks and fiends through the biggest sound systems he could get behind. It was at this time that “Tomzy Turvy” was retired, and “GROTT” was born.

GROTT’s sets can be described as a deep, dark, psychedelic journey punctuated with twists and turns designed to keep punters on their toes. Favouring only the phattest basslines to get you grooving whilst extracting sounds from both technology, and nature to fill out the soundscape with waves of atmosphere and twisting intricacies.”