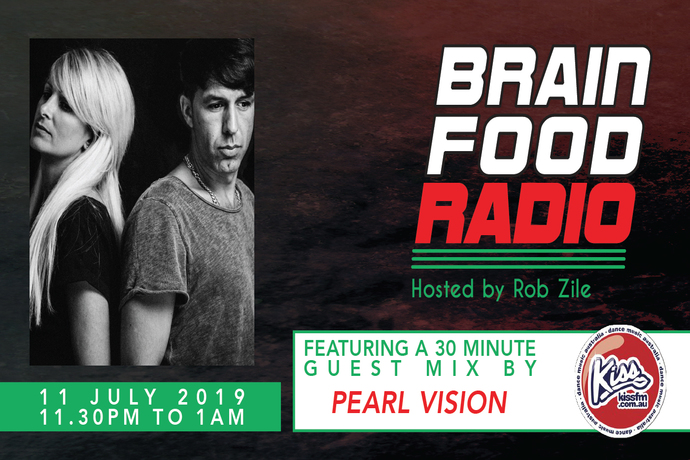 Belgium’s Dany Rodriguez and his partner, DJ Tindra (Sandrinne) created Pearl Vision in 2017. Recording now for over a decade, Dany Rodriguez has released on a host of high profile labels including his own, RMR.  Tindra also has a long background in electronic music and began spinning records in the early ‘90s but she chose not to play publicly until more recently.  Nevertheless over the years her and Dany have not only shared the clubbing experience but also time in the studio where she has brought her own unique ideas, so it was a natural progression to create music together.  Dany and Tindra soon discovered that they worked in emotional harmony.  The creative process they shared could deliver some magical moments, and so Pearl Vision was born.  Their debut Pearl Vision release ’Storm EP’ was released on EPM music at the end of 2018.  A follow-up, ’Twin Minds EP’ will be released in July 2019.

Check out Pearl Vision’s music below then listen to Brain Food Radio this Thursday night for their EXCLUSIVE guest mix!