FRICTION welcomes CHRISTOPHER BROOKS of Melbourne from recently playing Rabbits Eat Lettuce Festival in QLD to his recent Live set at My Aeon. Christopher is one of the industries true gentlemen, being a humble inquisitive guy shines through everything he does. Catch him this Friday as he does a DJ set, plus we are sure you will hear some of his production work through out. This Friday at 10pm.

Christopher Brooks is signed to Australian labels, Open Records, Buxton Records and Pocketmoth. His DJ sets bind the grounds of deep, minimal and progressive house and techno, always responding to the environment and moment. His track, “Night Hawk”, released on Open Records’ Expansion Pack II, is a summation of his sound. Christopher’s first EP ‘Sweet Madness’ received support from some of the world’s top producers, including Hernan Cattaneo. He’s played support DJ slots for Robert Babicz, Guy J, Hernan Cattaneo, Henry Saiz, Charlie May, Danny Howells, Marc Marzenit and Max Cooper just to name a few. Christopher’s interest and love of sound led him to a Bachelor of Music Technology degree at the Queensland Conservatorium of Music, where he developed advanced skills in sound engineering, sound design and music composition. In addition to producing his own music Christopher also runs a freelance sound engineering and mix down business for music producers and online media. 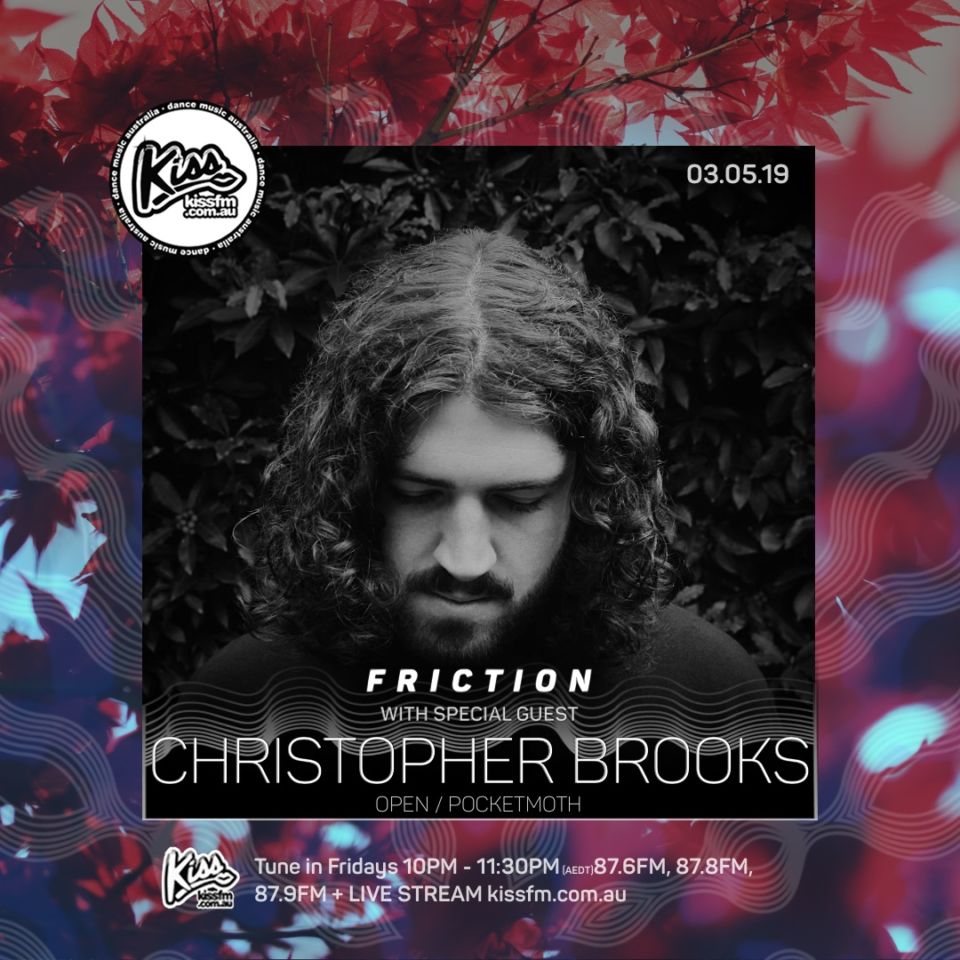