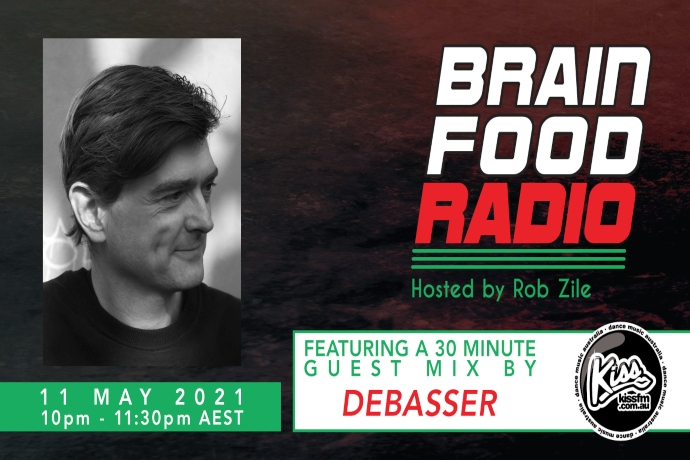 Debasser is one of the originators of the UK Bass sound.  He was first picked up by techno legend Richie Hawtin leading to releases on NovaMute.  His tracks have been played by the likes of Andrew Weatherall, Laurent Garnier, Jim Masters, DJ Hell, DJ Godfather, Miss Kitten and Pete Tong on Radio One.

HIs introduction to clubbing came in the form of nights by Escape From Samsara and Black Sheep, but he quickly made the switch to Drum and Bass after hearing DJ Rap at Glastonbury and while the two scenes were quite different, he has used the influences of them in the music that he writes to create his unique sound.

As well as NovaMute he has had releases on Seed, Input Output and Balkan along with his own WIDE Records which he runs with his brother, DJ Cutlass Supreme.  He was also a member of Haywire, hanging out at the legendary Rotters Golf Club with Two Lone Swordsmen. He played at numerous clubs and festivals around Europe including Turnmills, Egg, Plastic People, 333, Herbal and 93 Feet East playing infamous live sets on the bill with the likes of Andrew Weatherall, Billy Nasty, CJ Bolland, Jon Carter, SI Begg, Daniel Miller, DJ Funk, Luke Slater, Miss Kitten, Ellen Alien, DJ Deekline, Radioactive Man, Tipper and DJ Krush to name but a few as well as DJing on Radio One.  He was also resident at the hugely successful WIDE nights that ran throughout the early 2000s in London.

UK electronic stalwart Debasser readies his second LP, ‘The Invitations Are Real, The Party Is Not’ on WIDE Recordings this June!

Check out Debasser’s music below then listen to Brain Food Radio TONIGHT for his EXCLUSIVE guest mix!