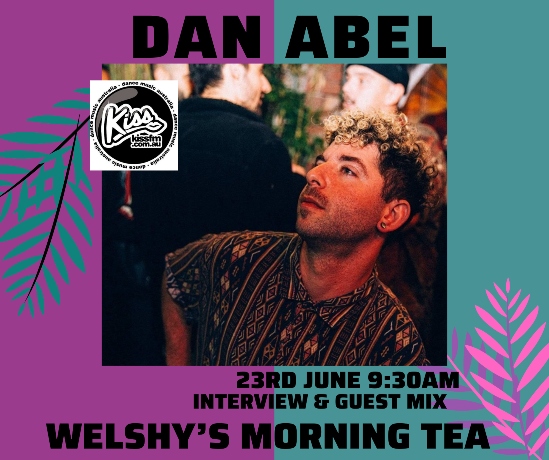 Join Dan Welsh in the tea room this week for an interview & guest mix with Dan Abel! Dan needs to introduction to those familiar with his tribe. His hard work in the scene does not go unnoticed, and his infectious energy makes him one of Melbourne’s most sought after DJs or promoters. I’ve been keen to get him into the studio for a LONG time, so this one is not to be missed!

BIO: “Dan Abel is a renaissance man of the untz, and a pillar of Melbourne’s dance music community. As one of the driving forces behind several successful brands; Red Moon, Renegade, SixthSense and Live Presents, as well as the artist promotion company Around Town Australia, Dan has done much to make the scene a better place, all with the ultimate goal of making Melbourne’s scene the best in the world. His work within the local scene has seen him become involved with other well established brands including Elysium Gathering, Enchanted Garden Party and Bush Techno. His passion for facilitating well-intentioned dance spaces has lead him to delve deeper into the world of DJing. Influenced by the sounds of 80’s rock, blues, jazz and dubstep, Dan has become a shogun of eclectic selections with a broad taste throughout the musical spectrum, a versatile tunelord who navigates multiple genres and soundscapes. Dark disco, hypnotic techno, progressive house, deep tech, psychedelic–he can throw it all down. Although only in the early stages of his Djing career Dan has played at festivals throughout the country including Esoteric and Rabbits Eat Lettuce as well as some of the cities most respected underground clubs”

Tune into Welshy’s Morning Tea each Wednesday from 9-11AM