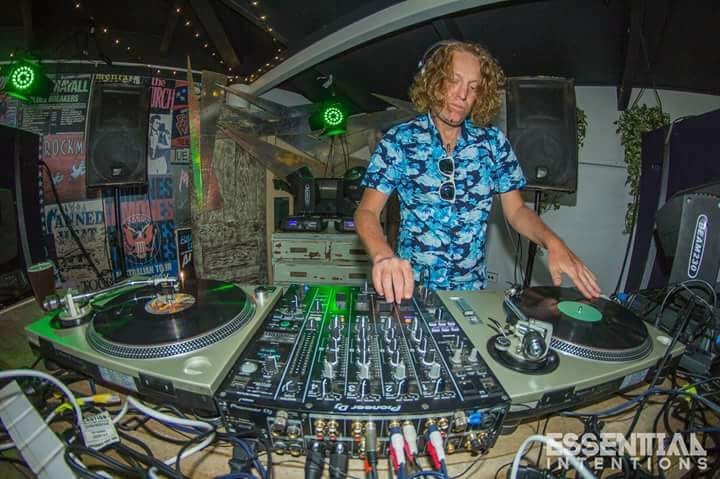 Tomorrow morning we’ve got interstate artist Captain Kaine joining us on Premium Tuna for a vinyl only guest mix and interview!

A little bit about Captain Kaine:

Born out of the ashes of Sydney’s post punk scene Captain Kaine has had a colourful life in Byron Bay’s dance music scene. He began promoting his own night, Cained with Mr Nice at the infamous Cotton Club & went on to have residencies at La La Land, the Car Park in its many incarnations & the Beach Hotel. Ck’z has shared the decks with many international luminaries including Tom Trago, German Brigante, Be Svendsen, Oliver Koletzki, Niko Schwind, Deetron, Felix the Housecat, Daze Maxim, Adam Freeland, Kool Herc, Gorillaz, Friendly Fires & local legends such as Willaris K, Thank You City, Flight Facilities, Uone, Ajax, Cassian & the Bang Gang dj’s. He has been featured at festivals like Splendour in the Grass, Falls, Bohemian Beatfreaks & Subsonic, clubs like DCM, Arq, Kinselas, Revolver, Bond, Family, the Empire, Elsewhere & when in Berlin was invited to play at Kubik. Ck’z has also done Sounds Good, Trip Kicks, Nothing You Expect, the Schoolgirl Fling, Nudge Nudge Wink Wink & been a part of many of the Essential Intentions party’s. In February he co-created the Bizarre Garden festival with Daniel Webber in an attempt to bring some of the most underground forward thinking house & techno artists from all over the globe to our small bubble & restore the balance in an over saturated EDM enviroment. Most recently he has just returned from New York where he played at TBA, Output & the Panther Room to a very appreciative crowd of music lovers. Expect anything from jazz, punk, funk, disco, hip hop, house & techno in Captain Kaine’s strictly vinyl selection. Keeping it surreal!