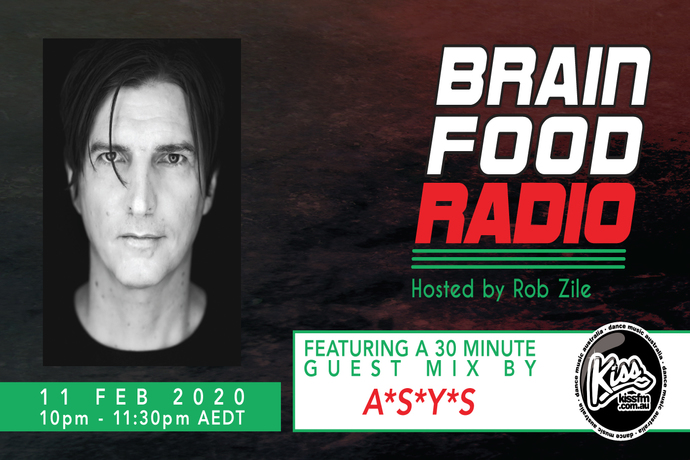 A*S*Y*S aka Frank Ellrich has been a frequent player on the global scene since 2000. His revolutionary studio productions, ranging from dark acid odysseys to driving hard funky floor fillers continue to set dance floors ablaze the world over! He has also performed at some of the most prolific music festivals and events in the world. From Time Warp to Mysteryland, and EDC to Tomorrowland, he has covered more than 20 countries across five continents. His music shares a vision for the techno progressive, and harder genres, which is equal parts euphoric and energetic whilst laced with his signature pounding groove and acid undertones. His music has influenced entire genres through his career at Tracid Traxxx and his own label “Fe Records”.

While he has sought innovation throughout his career, he always stayed true to his passion which is the ultimate dynamic energy combined with the one element that makes the difference: acid has been the soul of A*S*Y*S until today. In Summer 2018, Frank founded his sublabel Fe Chrome with a clear vision on how to enrich and inspire the techno scene. The 4th release (A*S*Y*S – The Acid) already climbed to #1 of the Beatport Techno Top 100 charts (overall charts #3) and held its position for 6 weeks.

Within one year only, Fe Chrome has become no. 7 of the best selling techno labels (Beatstats) and is grateful for huge support from Amelie Lens, Adam Beyer, UMEK, Veerus and Perc to name a few. Besides, A*S*Y*S releases on Suara and Filth on Acid (collab with T78) had an explosive fusion of two dancefloor destroying masterminds. Their single „AC/ID“ went again to the top of Beatport Techno Top 100 (Peak no 2).

Check out A*S*Y*S’ music below then listen to Brain Food Radio on Tuesday night for his EXCLUSIVE guest mix!