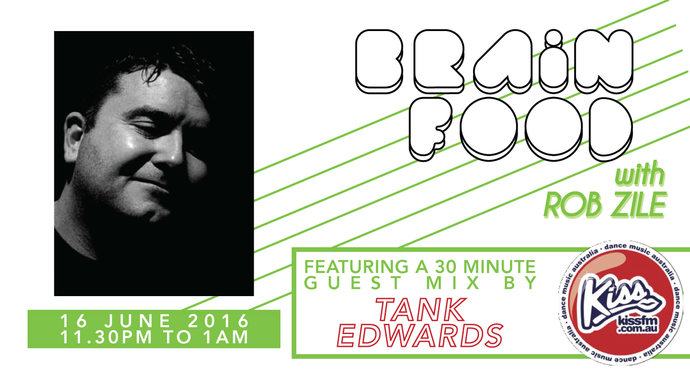 Tank’s legacy already ranks him as a leading player in dance music culture. His rise to the forefront has been more than just gigs and remixes his contribution to the scene via his labels Planet Acetate Records and Jam Hot Records means he has become a name synonymous with electronic music and supported by big guns Solomun & Pete Tong.

Tank has made appearances at the Love Parade, Ministry of Sound and Fabric in-between releasing a string of hit releases such as: Jacked, Never Enough, Serious, Him_Self_Her – Lost at Love Before Remix and Break My Heart under the guise of SlimPhatty.

Tank is also an established qualified grade 2 Mastering engineer and is behind the company “Warm Audio Mastering” Mastering for the likes of Thirdson, Pete Oak, Darren Emerson, Jobe and Just Her.

All in all, it’s been a BIG journey for Tank, pioneering a sound and attitude that’s gained respect from fans and industry people alike.

Check out Tank Edwards’ music below then listen to Brain Food this Thursday night for his exclusive guest mix!