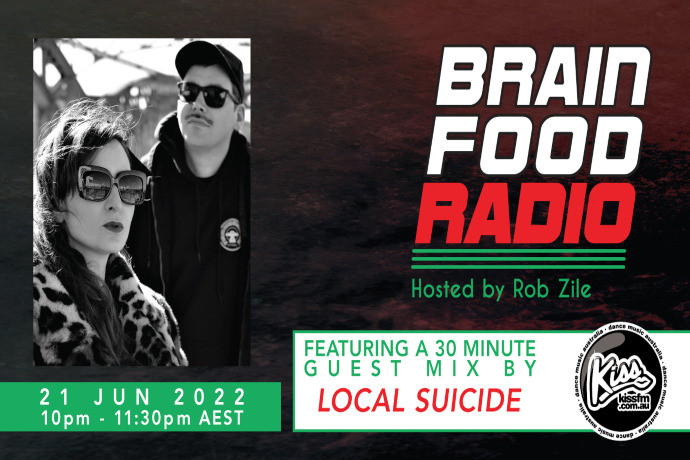 Local Suicide, the Greco-German DJ and producer couple of Vamparela and Brax Moody and also 2/3 of the live act Dina Summer, do not believe in half measures when it comes to their music. Beyond maintaining careers in the music industry, the duo have been known to host some of the most infamous underground parties Berlin has to offer, while still finding time to make waves with their productions and drive live audiences into a frenzy across the world. Mixing a wild fusion of new wave, slow techno, EBM, indie dance and post disco, Local Suicide’s propulsive grooves have earned them the title of key figures in the up-rising dark disco scene, as well as overwhelming support from the music press and prolific DJs for their releases on labels such as TAU, Eskimo and Multi Culti.

2022 has been a pivotal year for the duo, with the release of their debut album ‘Eros Anikate’ via their own label, Iptamenos Discos. The LP includes selected vocal features and collaborations from the likes of Lena Platonos, Curses, Theus Mago, Skelesys, The Hidden Cameras, Kalipo, Sissi Rada and Hardton and marks the next step on their journey to a worldwide cobra wave and techno-disco takeover.

Check out Local Suicide’s music below then listen to Brain Food Radio TONIGHT for their EXCLUSIVE guest mix!