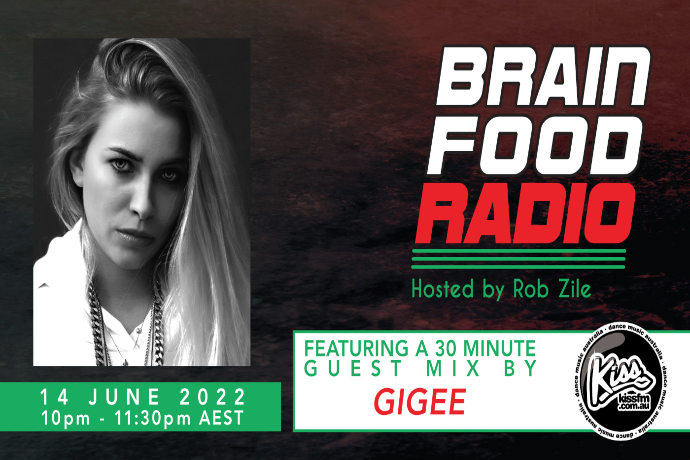 Creative force GIGEE is riding high, cutting through as one of the most exciting fresh producers right now. 2020 alone saw Berlin’s Katermukke imprint eager for her return with her two-tracker ‘Minotaur’, and “Hall of Gods”.

The Polish-born, Paris-based producer’s 2019 debut ‘Reborn Pulse’ EP on the imprint put her firmly in the spotlight, charting high in Beatport’s Melodic House & Techno top 100 within days, and singled out for support by Sven Vath. In the last 12 months she also joined Mobilee’s roster with her ‘Lullaby’ EP.

A newish name, but long successful, GIGEE honed her skills ghost-writing for other producers before claiming her name and her rightful place in the electronic scene. Self-taught producer GIGEE has a fresh take on techno, blending elements such as progressive and melodic house and techno but typically rejecting formula and rulebook. Crossing genres not only in music but in fields of interest such as fashion or philanthropy, she works simultaneously on multiple ideas in a perfect creative storm. A longtime fan of classical music, she’s currently working on a classical/electronic interface project among other new music which inspires her.

She’s turning heads of revered estab- lished names too with Sven Vath, Adriatique, Laurent Garnier and more regularly featuring her in their Spotify playlists. Beatport staff have repeatedly picked her releases for Best New Melodic Techno of the Week & Month while her tracks have hit international Top 100 Techno & Electronic Charts with #7 place in Brazil, #2 Austria, #13 Germany and #6 France at its peak.

She’s also a resident for FG’s MAXXIMUM Radio, her monthly show ‘Playing The Field with GIGEE’ being a firm favourite and regularly airing on Radio FG (France), along with a monthly Uncoded Radio residency.

Growing up she was always a geek with the best playlist and CDs. For early influences she cites Paul Kalkbrenner, after exploring electro house, Brodinski, Boys Noize…and the dramatic passion of classical music. Her DJ days started during a gap year in Paris; already a musichead, she collaborated with music collectives and played at the famous Batofar Club, before choosing music as a profession.

‘Whimsical and with a strong sense of narrative, Polish born GIGÉE’s melodic techno sound situates the rising producer among the must-hear newcomers in the genre’s expansive roster’ (Dancing Astronaut)

‘This new face/This rising powerhouse is becoming a force to reckon with’ (Raver Rafting) ‘Who to keep an eye on? Definitely GIGEE. This girl is a future techno star’ (Dimitri De Witt – former Tiesto manager)

When she’s not on the road, you can find her in the studio, producing tracks & digging for the new!

Check out Gigee’s music below then listen to Brain Food Radio TONIGHT for her EXCLUSIVE guest mix!