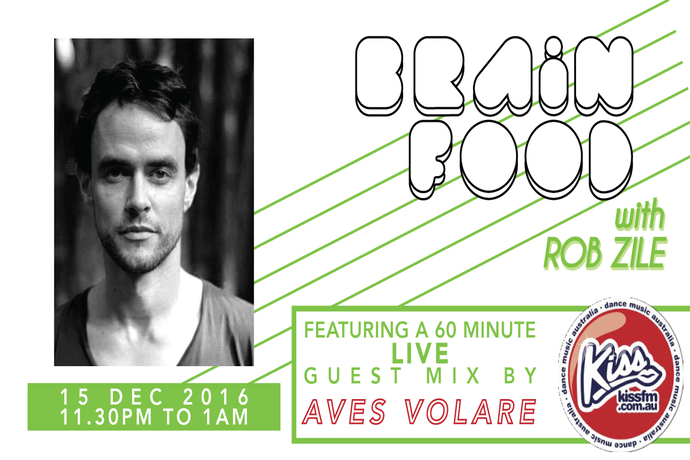 DJ, Producer and Vocalist Aves Volare (Paul), is originally from the North of UK and has spent the last four years in Australia producing and performing.

He has been a resident at the largest nightclubs in Melbourne, namely OneSixOne, Pawn & Co and Revolver and has supported a variety of international acts that include: David Keno, Amine Edge & Dance, Art Department, Robosonic, Audiojack, Adriatique, Tube and Berger,Wanklemut, Kidnap Kid, Paul Hazendonk and more.

Paul notably started his DJ career in a successful duo called 2DotZero. This was a unique act where his partner, Dotan, would DJ and Paul would perform live vocals with effects on instrumental tracks which was a great point of difference to many other acts on the circuit. It was entertaining for the dancefloor to experience a live element to the performance. Paul still performs vocals with a passion and can offer this as a live show whilst DJing.

Paul started his production in that same duo 2DotZero combining song-writing, vocals and production skills to impress the likes of KDB Records & Smiley Fingers and a few other reputable labels such as Hausity, Manual Music, Soleid and UGENIUS. In order to make these releases come to fruition, he collaborated with some very talented producers such as Trockensaft, Zatonsky & HOOPS.

In more recent times, Paul has pursued his debut solo year with an impact as Aves Volare. He has been working with a talented vocalist ALULA along with producers like Studio Deep, The Note V & Alexey Lisin.

Furthermore, he has continued much more work with Trockensaft and Zatonsky to which the EP Black Sky on KDB Records has reached: –

Paul also has a vocal feature release coming soon on Dear Deer Records (Kiev) which will be remixed by artists that have released on Diynamic music, Sudbeat, Armada Music and Click Records respectively which will definitely put his name as a vocalist out there in the European producer’s awareness.

Check out Ave Volare’s music below then listen to Brain Food this Thursday night for his 60 minute LIVE guest mix!