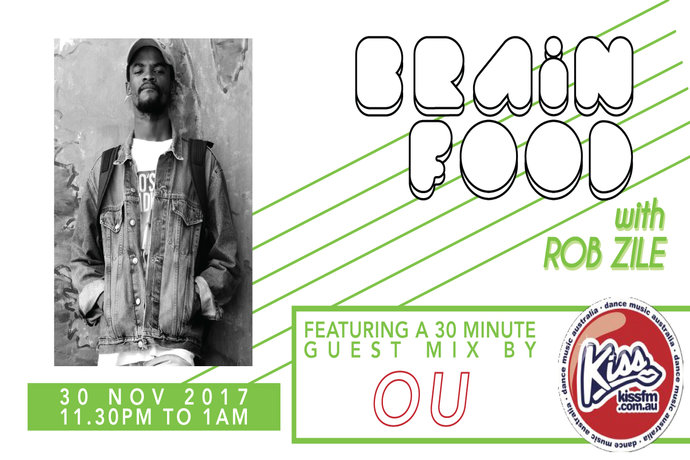 Sonke Mkhwanazi also known as OU is a self-taught South African producer and Dj from Nseleni (Empangeni, Kwazulu Natal).  He was born in the 90s and began making music in 2014.

He released his first EP with international label Atal Music in 2017 titled Laser Clutch EP and it gained him a lot of attention in the industry.  That attention saw him getting featured on House Afrika (House Afrika Sessions) compilation which was released on the 29th of September 2017 entering with the infamous track titled OU – Laser Clutch. He also released another great 4 Track EP called Modern Cavemen under a label called Deep House Cats S.A which features awesome tunes like 404 Talk & Rusted Guitar.  In the same year, he also collaborated with his twin brother Sizz on a 3 track EP titled Twin Towers with tracks like Come On, Give It & Velvet Orchid.

OU is still new and fresh in the game but has a lot to offer!

Check out OU’s music below then listen to Brain Food this Thursday night for his EXCLUSIVE guest mix!