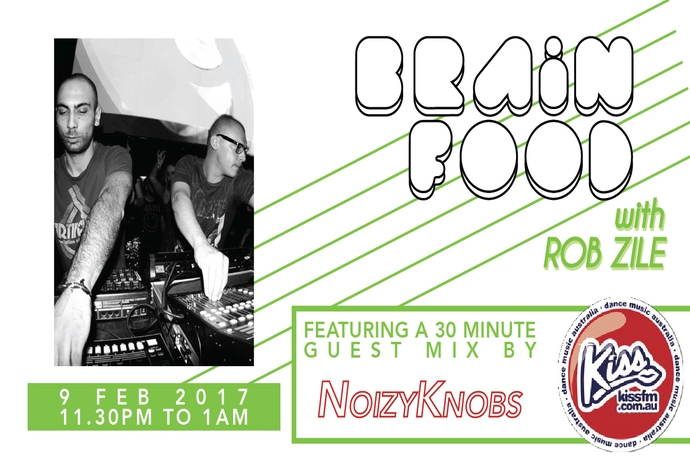 NoizyKnobs is a techno live duo from Turin, Italy.  Their collaboration starts into an urban context where Baroque architecture coexists with the concept of a modern and industrialized city, where underground clubs live in the shadows of car factories and eighteenth century buildings. In their music there are clear connections to the Detroit techno scene while combining acid bass lines, melodic textures and pumping beats.

In the last year they have released music on Mark Broom’s Beard Man, Motech Records, Planet Rhythm and
N.O.I.A. Records. They are residents at Genau Turin, a leading techno night in Italy and their live set has also banged clubs and festivals like Tresor Berlin, Kosmonaut, Kappa Futur Festival, Varvara Festival, Movement Torino and more.

Check out NoizyKnobs’ music below then listen to Brain Food this Thursday night for their EXCLUSIVE guest mix!