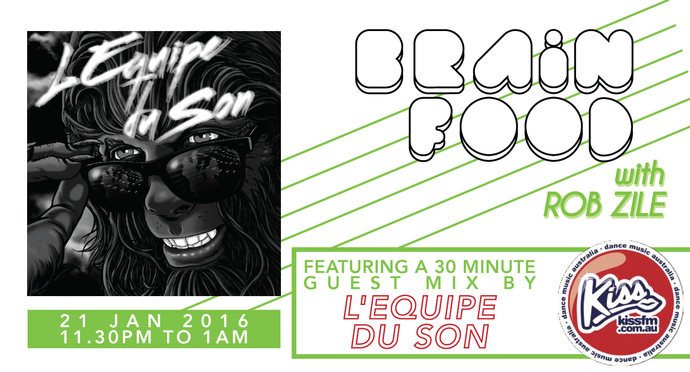 ‘Growing up L’Equipe du Son was a mild-mannered teenager from a bleak, unambitious family. It’s evening time and we find L’Equipe du Son in his room, making music while a heavy storm is raging outside. He decides to hack into a government mainframe for more processing power and data storage capacity.
But unknowingly he has actually hacked into a secret government program when suddenly a lightning bolt strikes his house leading to a series of supernatural occurrences and a violent explosion!
After the smoke has cleared nothing seems different at first but when L’Equipe du Son starts making music again he discovers he has superhuman abilities and can digitise himself into the mainframes of his computer and synthesizers.
Soon he realises he is destined to make to most awesome music the world had ever heard…and fight for justice and stuff..’

Check out L’Equipe du Son’s music then listen to Brain Food this Thursday night for his exclusive guest mix!