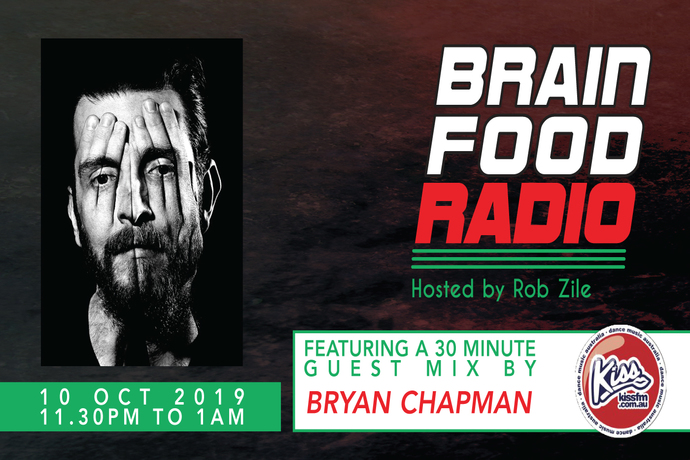 Living in seclusion in southern England, Bryan Chapman is part of the conveyor of talent that hails from this ever growing, under current of modern techno found on the shores of the south coast.  Now an established name amongst the new breed of producers breaking through, Bryan has earned a reputation for making no-nonsense, heavy-weight tracks that have seen his music supported by taste-makers across the techno scene including Luke Slater, Adam Beyer, Slam, Laurent Garnier, Chris Liebing and many more.

He has previously released on labels like Cari Lekebusch’s H-Productions, Alan Fitzpatrick’s 8 Sided Dice, Dustin Zahn’s Enemy, Joachim Spieth’s Affin and Butch’s Bouq.  As a DJ one of Bryan’s highlights was playing at the legendary Tresor club and running his ‘Abstain Series’ podcasts.

Bryan launched his own Monotony label in the spring of 2017, which has so far spawned a string of EPs from this Southern England producer as well as his first album ‘7 Shadows and Iron Lungs’ in 2018 (Mixmag’s Techno Album of The Month on release and a place in their Top 50 Albums of 2018).

Not only is Chapman an avid producer and DJ, but also an abstract artist and photographer who brings these artistic tendencies into his music, whether its designing artwork for his Monotony label, developing a theme for his musical works, or constructing a storyline for his releases and track titles.

His latest release (out 18 October 2019) is ‘Danu EP’ which will mark Bryan’s debut for EPMmusic.  Following that will be his 6th release on Monotony.

Check out Bryan Chapman’s music below then listen to Brain Food Radio this Thursday night for his EXCLUSIVE guest mix!