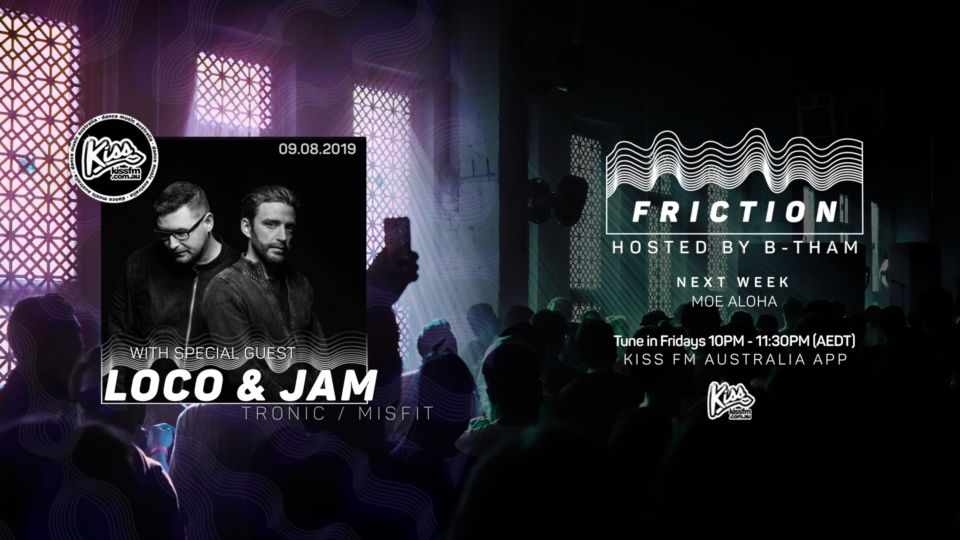 FRICTION welcomes international heavyweights LOCO & JAM to the Kiss FM airwaves. Loco and Jam are one of the worlds best and they are coming to Australia for a tour, including a stop at Melbourne’s infamous Revolver Upstairs on the 16th August. Full event details here.

LOCO & JAM are Northern Irish based Techno duo made up of Lloyd Reid and James Peoples. Formed in 2007 they have went from strength to strength playing clubs and festivals worldwide. 2009 was the first break for Loco & Jam as it seen their remix of Henry Von – Propaganda on Fergies Rekluse imprint make its way on to Carl Cox’s Space Ibiza compilation and was also featured as his Global Warmer Track Of The Week on his Global Radio Show which had over 10 Million listeners worldwide.

Throughout their 10 year rise the guys have been killing the beatport Techno charts and now have a healthy CV with a list of Productions and Remixes on major labels such as Christian Smiths Tronic Music, Sian’s Octopus Recordings, Chus & Ceballos Stereo Productions, Monika Kruse’s Terminal M, Green Velvet’s Relief Records, Marco Bailey’s MB Elektronics, Mark Knight’s Toolroom Records to name but a few. A notable remix for them in 2016 was being asked to remix Green Velvet – Flash which is without doubt one of the biggest Techno Records of all time.

Loco & Jam’s Productions have been getting massive support from some of the worlds biggest DJs including Adam Beyer, Technasia, Sharam, Pan-Pot, Carl Cox, Carl Craig, Green Velvet, Solomon, Hot Sine 82 and many more A-Lists artists. Now signed to Blueprint agency Loco & Jam are a regular on the world circuit continuing to tour week in week out across the globe playing what they like to call their style of stadium techno. 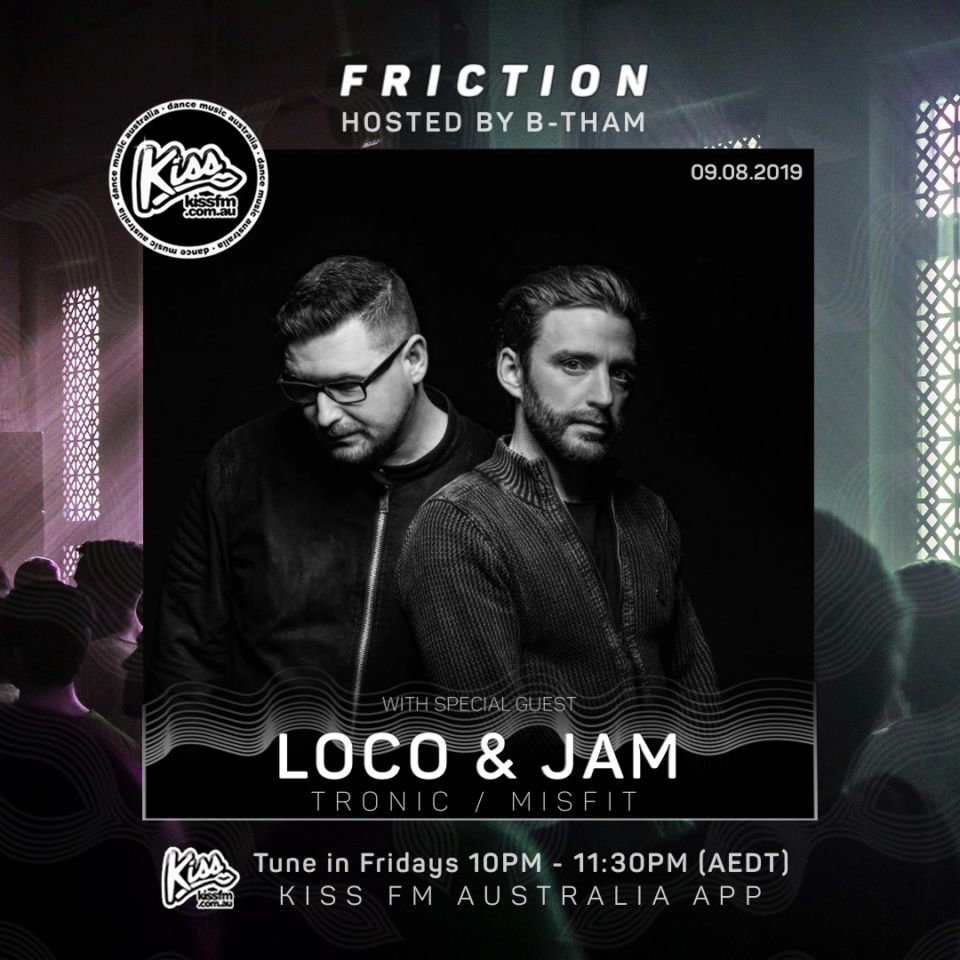